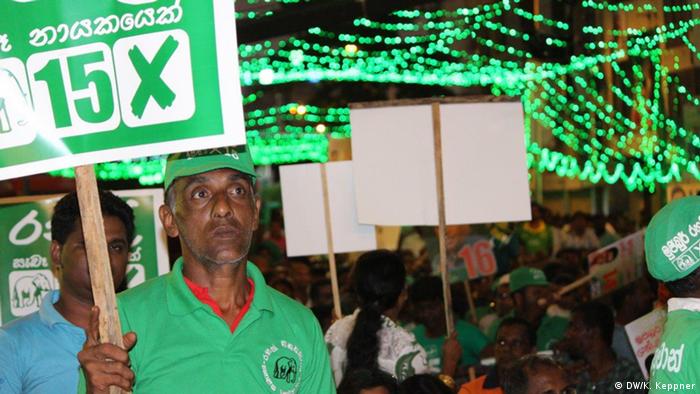 Sri Lanka's ruling United National Party (UNP) won decisive gains in a general election, putting it in a position to form a stable government after eight months of minority rule.

Sri Lanka's prime minister, Ranil Wickremesinghe, said a majority of the people had endorsed what he called his administration's good governance and consensual politics in Monday's parliamentary elections.

"I offer my grateful thanks to all parties and individuals who worked untiringly during the election period to ensure victory for the people," Wickremesinghe said in a statement.

A political party or a coalition must have at least 113 seats to be able to form a government. If Wickremesinghe were not able to secure an outright majority, some Sirisena loyalists within Rajapaksa's party could be likely to join a coalition government.

After earlier reports that he had conceded defeat, Rajapaksa said in a tweet that he would wait until the official results were out before making a statement. He had previously announced an impending comeback. 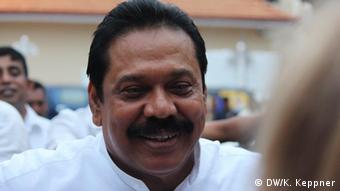 Smaller parties took the remaining elected seats in Monday's ballot. The office of the elections commissioner is in charge of distributing the remaining seats according to the proportion of votes received nationally by each party to fill the 225-member parliament. Elections Commissioner Mahinda Deshapriya said Monday's elections were incident-free, other than some minor complaints. Police spokesman Ruwan Gunasekara said 35 people were arrested countrywide for election law violations.

The office of the Sri Lankan prime minister acts for the president when he is absent and replaces him if he is impeached, incapacitated or dies. The president has wide executive powers and usually holds the defense, foreign relations and sometimes finance portfolios. The prime minister heads lawmaking and has some governance powers.

President Maithripala Sirisena of Sri Lanka has ordered the dissolution of the parliament. The move paves the way for parliamentary elections 10 months ahead of schedule. (26.06.2015)