To the romantic ear, the German language might sound cumbersome and perfunctory, yet beyond its tonal harshness, it is as efficient as its native speakers are reputed to be. But is that necessarily a good thing? 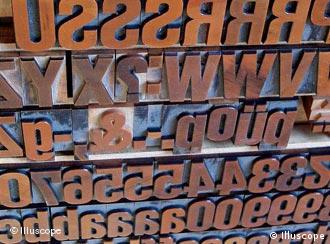 Ever felt wearied by the world, angst at the thought of the future or completely drained of energy? Chances are you have, but will have had to fish around inarticulately for whole streams of words to describe your state of being. Not so in German, where words like weltschmerz (world-weariness), zukunftsangst (fear of the future), kreislaufkollaps (circulatory collapse) and morgenmuffel (a person who is grumpy in the morning) have their hard-earned places in the national lexicon.

Where then, are our succinct English equivalents? The short answer is that there are none. That language does not always translate tidily is no secret, but how is it that somewhere along the way, words which become an integral part of one language are deemed unnecessary in another.

Ekkehard König, a professor of linguistics at the Freie University in Berlin, says that language evolves to suit the needs of the people using it. 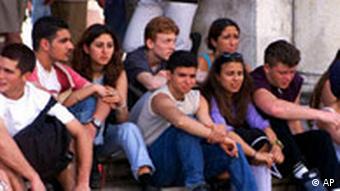 Afraid of the future?

"If you gave a French man 50 euros, he would go out and spend it, whereas a German would put it in the bank," he said. Words are created for concepts, for ideas which are important, and skepticism and a fear of the future are basic dispositions in this country."

But does the very existence of words such as zukunftsangst or weltschmerz, which so precisely describe the pains of life, work as an advertisement for more people to feel the same things? Elizabeth Couper-Kuhlen, a professor of linguistics at Potsdam University, says it is a chicken and egg situation.

"Which came first? It is often said that if a language lacks a word, it is because the concept is less salient, and the more salient, the more central it is, the more likely there is to be a word for it," the linguist said.

The debate over the power of language and words to influence the way people think and behave dates back decades, to the Sapir-Whorf hypothesis of linguistic relativity. And although that theory fell into disrepute in the mid-20th century, some anthropologists now believe that changes to language can bring about changes in people's behavior. With a chuckle, König says that adding new and positive words such as zukunftsfreude (looking forward to the future) to the vernacular would be unlikely to change the German disposition. 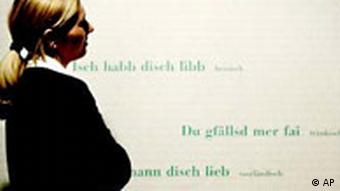 It's not what you say, but how you say it

Couper-Kuhlen believes there is a reflective relationship between language and society.

"You can't just change language and change society, but equally you can't change society without changing language, and the fact that certain words exist in a given language is a reflection of what is prevalent in that society," she said. "If people did not think and behave in a certain way, there may be no need for words like weltschmerz."

The thing about the German language is that whilst it is systematic, it is also highly flexible, and wonderfully efficient. It's like a huge tub of "Legos" offering endless opportunities for building words and concise means of self-expression. Weld together three completely unrelated words to make one new one which wastes not a single syllable in beating around the bush.

As Albrecht Plewnia of the Institute for German Language says, the composite nature of German makes it much easier to invent new words to clearly reflect the issues of the moment. 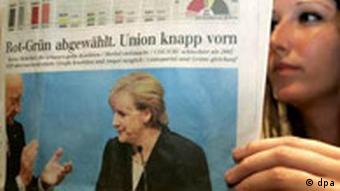 "It's so much easier to debate over a single word than over bits of a sentence, they work much better in headlines," he said.

But there is a danger that banner headlines trumpeting negative new words will be picked up from the outside and given greater weight than they actually deserve.

"Outsiders looking in often tend to think there is more behind German words than is the case," Plewnia said. "In actual fact, we just have the words we need to describe the problems that exist. The words are born out of a need to describe specific situations."

And for the most part, they do it well. So perhaps German is not always the most lyrical language out there, but there is definitely something to be said for just saying it like it is.

In France or England it wouldn't be politically correct to label authors by nationality instead of literary style. But in Germany, special prizes are awarded to authors with non-German backgrounds. (26.08.2006)

People are usually most comfortable when speaking in their mother tongue. But that's not always the case, as German minorities in eastern Europe and Central Asia show. (23.07.2006)

Young Israelis and Israeli Arabs are becoming increasingly interested in learning German, something that's been taboo since the Holocaust. And they're finding that learning a foreign language can have healing power. (18.06.2006)