Formula One legend Michael Schumacher is no longer in a coma, according to his spokesperson. He has been transported from Grenoble to the university hospital in Lausanne where he is to continue his rehabilitation. 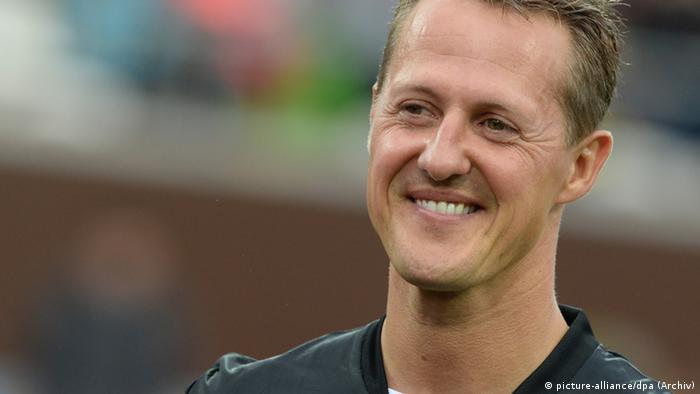 Schumacher's manager and spokesperson, Sabine Kehm, confirmed on Monday that the former Formula One driver was conscious after being in a a coma since late December.

"He is not in a coma anymore," Kehm said in a statement on Monday. "Michael has left the CHU Grenoble (hospital) to continue his long phase of rehabilitation."

Over five months after his bad accident Michael Schumacher is no longer in a coma, according to his management. Here's a timeline of events that lead to his release from the Grenoble hospital. (16.06.2014)

She also expressed thanks on behalf of his family to the staff at the Grenoble hospital and the first responders at the scene of the accident "who did an excellent job in those first months."

"The family also wishes to thank all the people who have sent Michael all the many good wishes...We are sure it helped him," Kehm said, adding that "his further rehabilitation will take place away from the public eye."

The 45-year-old Schumacher is to continue his recovery at the university hospital in Lausanne.

Schumacher suffered a traumatic brain injury in late December after falling and hitting his head while skiing off-piste in France. Doctors then placed him in an artificial coma. They also operated to remove some of the blood clots from his brain, but some were left because they were too deeply embedded.

In April, Kehm had reported that the 45-year-old had shown signs of waking up.

During a career that spanned the better part of two decades, Michael Schumacher won 91 Grand Prix races and seven Formula One drivers' championships.