Spain's unemployment rate has hit another high, with almost six million people out of work in the southern European nation. While the figures are gloomy enough, the situation looks set to deteriorate. 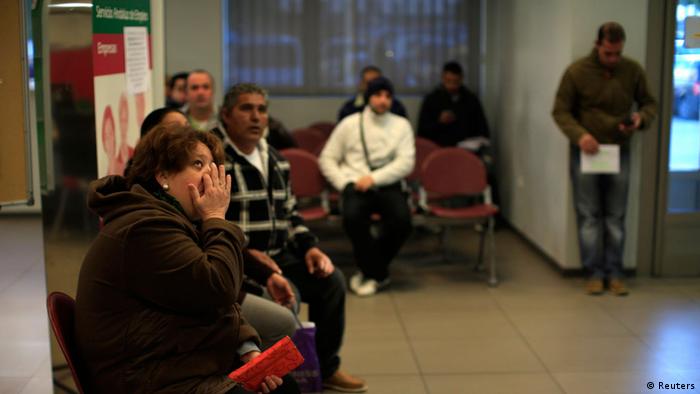 At the end of the last quarter in 2012, Spain's unemployment rate reached 26 percent, the national statistics body INE reported on Thursday. It climbed from a rate of 25 percent in the previous three months.

The latest employment figures marked a sad record for the country, with almost six million people now out of work and unemployment reaching its highest level since Spain returned to democracy in 1975 after the death of General Francisco Franco.

INE announced 60 percent of young people between 18 and 25 years of age were unemployed in the last quarter of 2012, adding there was no immediate reversal of the trend in sight.

"We've not yet reached the bottoming-out phase, and unemployment is set to rise even further in the first quarter of this year," Citigroup economist Jose Luis Martinez said in a statement.

Spain, the fourth biggest economy in the eurozone, is in the middle of a program of spending cuts and tax hikes designed to save 150 billion euros ($194 billion) by 2014.

Throughout last year, the national economy contracted by 1.3 percent. The International Monetary Fund (IMF) issued a warning that Spain's gross domestic product might shrink by another 1.5 percent in the current year.