In one of the biggest-ever drug hauls in the country's history, police in Spain have uncovered 331 kilograms of heroin. Most of the narcotics arrived in Barcelona via Turkey. 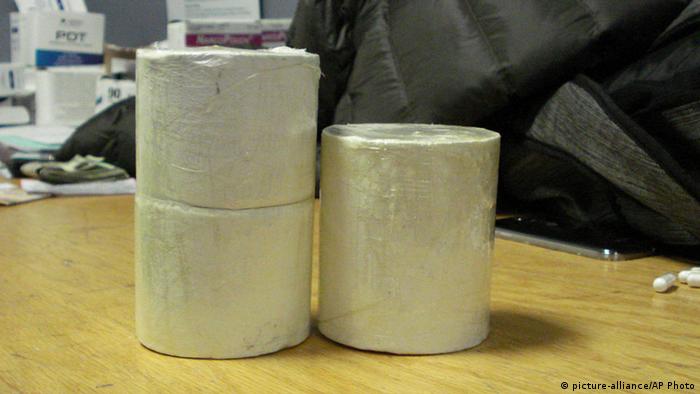 Police in Spain announced on Wednesday that they had seized 331 kilograms (730 pounds) of heroin in one of the country's largest-ever drug busts. The haul was worth some 120 million euros ($142.5 million).

A 263 kilogram of the high-purity heroin was discovered at the port of Barcelona, hidden inside a shipment of cement that had been sent from Turkey, according to Interior Minister Juan Ignacio Zoido.

The rest was found in the residences of four suspects who were detained as part of the police operation and during an attempted transaction that went wrong. The four include two Dominicans, an Ecuadorian and a Spaniard between the ages of 30 and 45. All have been charged with drug trafficking.

The haul was "one of the biggest seizures of heroin ever carried out in Spain in a single intervention," the interior ministry said.

In a single seizure, police have surpassed the 253 kilogram-total discovered by all branches of Spanish police in 2016.

Dozens were arrested in a network that linked a drug trade between Africa and Europe. The round-up comes at the end of a three-year investigation by police. (30.12.2016)

Some 30 million narcotics users are hooked worldwide and deliveries are "thriving," especially cocaine to Europe and North America, according to the UN's drugs and crime agency. Opioids kill 190,000 sufferers annually. (22.06.2017)