Spanish pensioners find Utopia in sharing | Europe| News and current affairs from around the continent | DW | 27.12.2013

A group of retired Madrid residents have pooled their savings and set up their own cooperative. The Trabensol retirement home encourages not just a healthy body but also peace of mind and spiritual calm. 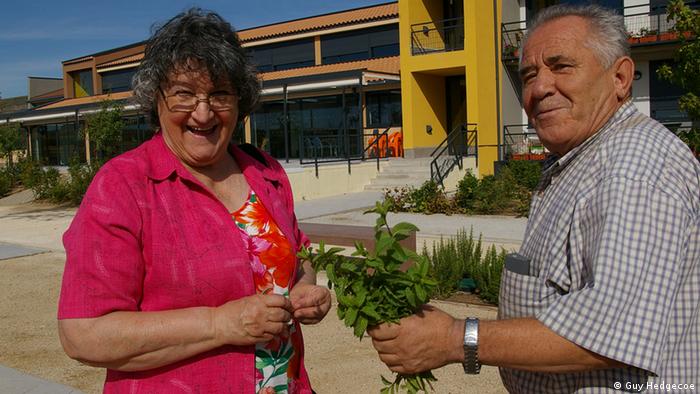 In a garden in the mountains north of Madrid, a small group of elderly people are doing a set of oriental exercises for mind and body known as qigong. In the cool morning breeze they carefully shift from one foot to the other and move their bodies as they follow the motions of their teacher.

They are all members of Trabensol, a 50-strong collection of pensioners who believe they've found an innovative way of living out their old age, ensuring physical and spiritual wellbeing while sidestepping the economic turbulence of modern Spain.

They have formed a cooperative retirement home, pooling their savings to build their own, tailor-made residence next to the quiet town of Torremocha de Jarama. Sharing is key at Trabensol. None of the members owns the apartment they inhabit, or the eating area and other communal spaces that make up the large complex. 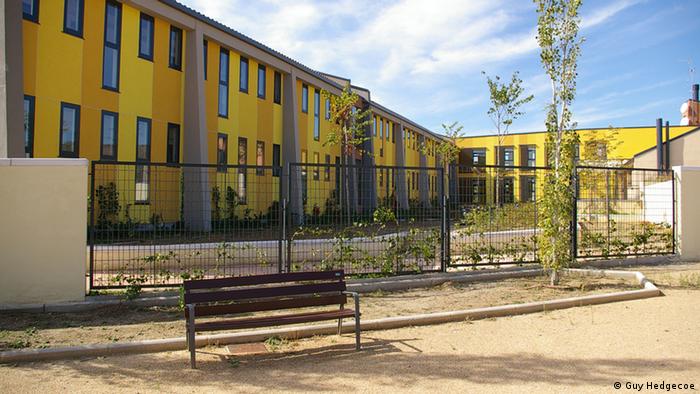 "We wouldn't be able to get into one of the private old people's homes, because they're so expensive," said Paloma Rodriguez, a 70-year-old widow who is the president of the cooperative. "Nor can we get into the state-run pensioners' homes because there aren't that many, and there are lots of people who need them much more than we do. So we realized we had to do something about our situation."

Rodriguez moved here, like most of the residents, in the spring of this year, shortly after completion of the Trabensol complex. She grins as she talks about the project, which she says has given her a new lease on life and banished her concerns about becoming a burden to her own children.

It's an understandable worry given the United Nation's prediction that nearly 40 percent of Spain's population will be 60 or older by the year 2050. "We all had some pretty heavy experiences with our own [aging] parents and knew that our children wouldn't want to go through the same thing with us," she said.

Each member of the cooperative has contributed 150,000 euros ($205,000) to the project over the last decade. They also pay a monthly fee of around 800 euros. For that, they get accommodation, a daily meal prepared by a contracted caterer and all basic amenities. 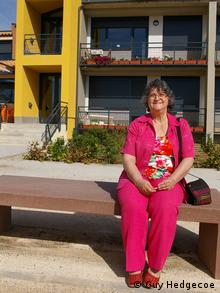 But equally important are the activities, which are also included. Residents can take part in regular hikes into the nearby hills, shiatsu sessions, meditation, memory games, astronomy, DIY classes, gardening or table tennis.

"The activities aren't spiritual in the religious sense," said Teresa Sagasola, a 77-year-old who does qigong each day, as well as occasional dance classes and hiking. The activities strengthen their energy, and this "just gives us a sense of well-being," Sagasola said.

The building itself encourages inner peace. All the apartments - spacious and tastefully designed - face south, with a view of the cooperative's vegetable garden. Windows are designed so that the sun heats the homes in the winter, but are high enough to prevent overheating in the summer.

These are still early days for the cooperative. But eventually it is likely that some members will move out because they are too infirm to take part in activities or simply because they need round-the-clock care.

Trabensol's rules state that if a member leaves, they are entitled to recover the sum they initially invested. Then a new person can buy in. With the majority of a 3-million-euro credit line from a local branch of Italy's Banco Popolare still intact, the cooperative's finances would seem to be as healthy as its members. 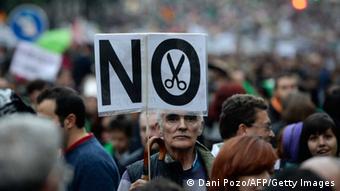 But despite the calm that Trabensol seeks to cultivate, its residents are only too aware of the economic storm that has been blowing in the world outside. Spain is just emerging from the longest recession of its democratic era, and is still struggling. Mariano Rajoy's government is battling to slash the deficit through spending cuts, and overall unemployment is at nearly 26 percent.

Some Trabensol members voice concerns at the government's virtual freezing of their pensions, with which many of them pay their monthly contributions to the cooperative. Some of the residents point out that they have friends in Madrid who have not joined the cooperative because they haven't been able to sell their homes to raise the money.

The depressed housing market is also a reminder of the property bubble, the collapse of which in 2008 sparked Spain's current woes. Trabensol member Maria Luisa Llorena, 73, points out how by avoiding ownership of the property they live in, she and the others in the cooperative are preventing the kind of real estate speculation that caused Spain's crisis. There is more to life than wealth, she insists.

"That is the spirit that drives us," she said. "The people who come and live here know what it’s all about - it's about living together, solidarity and helping one another."

Living in a cave on the edge of Spanish society

Spain's exit from the EU's bank aid program is good news. Yet many young Spaniards are unemployed and struggling. One trained teacher finally said "enough" and made for a cave on the outskirts of Granada. (25.11.2013)