Spain's left-wing Podemos party has said it is willing to form a left-wing coalition government led by the Socialists. The announcement seeks to break the deadlock gripping Spain after its indecisive December election. 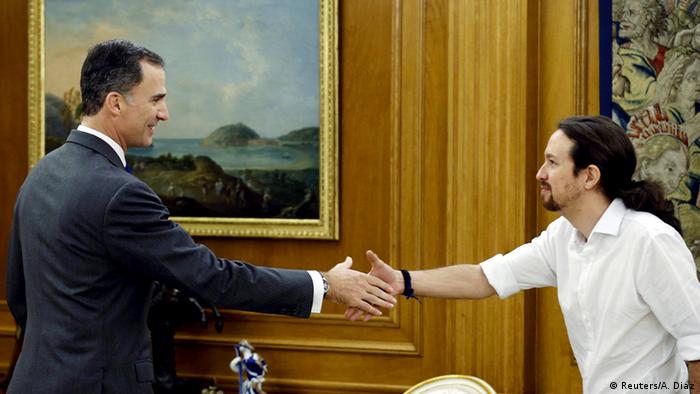 The leader of the anti-austerity Podemos, Pablo Iglesias, told reporters he had informed King Felipe VI (pictured above) of "our desire to form a government of change with the Socialists and the United Left."

"We have decided to seize the initiative and take a step forward," Iglesias said. "There is no more time for hesitation. Either you're for change or for stagnation and impasse."

The leader of the Spain's Socialist party (PSOE), Pedro Sanchez, also announced on Friday that he was willing to do anything to form a government of "progressive forces," in the event that acting Prime Minister Mariano Rajoy is unable to win a vote of confidence in Parliament.

"We will wait for Mr. Rajoy to present himself (in Parliament) and if he fails, the socialist party will do what it needs to do to form a government of change, progressive and reformist," Sanchez said at a news conference, referencing the vote of confidence Rajoy still needs in order to assume power. 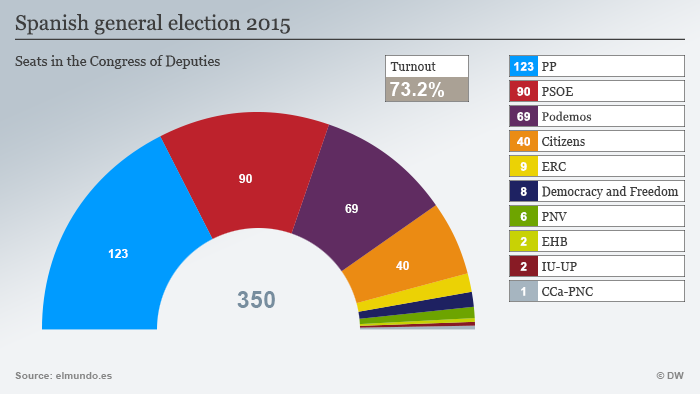 King Felipe VI has been meeting with political leaders over the past few days before picking one to form a government. Traditionally, the monarch invites the election winner - in this case, Rajoy - to govern. However, King Felipe may also select another leader if Rajoy fails to form a coalition.

The Socialists, however, have rejected Rajoy and the PP's proposal, and no other political party has said they will vote for Rajoy.

Rajoy's conservative Popular Party (PP) won the most seats (123) in the December elections, but the party fell short of an absolute majority in the 350-seat parliament. Rajoy called for a German-esque "grand coalition" of the PP, the Socialists (who came in second place winning 90 seats), and new center-right party Ciudadanos (Citizens) which snatched 40 seats.

In the event of a deadlock two months after this first confidence vote, King Felipe VI must call fresh elections; however, according to a recent survey, the majority of Spanish voters oppose new elections and want parties to form a coalition government instead.

King Felipe VI will meet with Rajoy later on Friday. The royal palace has not said when King Felipe VI is set to announce his choice for government leader. 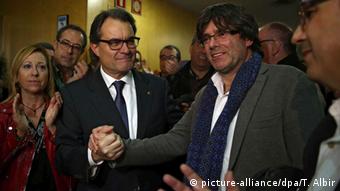 Mas, left, backed Puigdemont, right, as his candidate to take over as president in Catalonia

After months of tense negotiations,the pro-secessionist regional government in Catalonia also recently chose a new leader. Carles Puigdemont was chosen to take over for Artur Mas as the Junts pel Si (Together for Yes) alliance's candidate to be regional government leader.

Mas, who had presided over the regional government since 2010, said he was backing Puigdemont, as his successor. If no agreement had been reached by January 9, fresh elections would have been called.

Spain diverted from deadlock by dreadlocks

As the left and the right vie for a mandate to govern, there's no shortage of talking points in Spanish politics. That said, controversy over dreadlocks - and a baby - in parliament, provide an interesting distraction. (17.01.2016)