With national elections looming, Spain's politicians have been sidestepping controversial issues such as gay marriage and abortion. Yet recent mass demonstrations and strikes show the issues aren't going away. 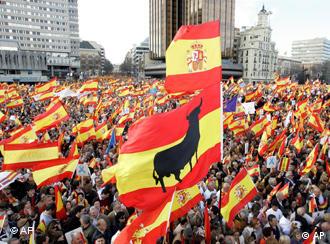 Spaniards take to the streets

But ahead of a fiercely-contested national election scheduled for March 9, Zapatero is trying to polish his credentials as a moderate. His nemesis, conservative Popular Party (PP) leader Mariano Rajoy, is doing the same.

Both parties are desperate to win over undecided voters. The Socialist party is leading by only a few percentage points in the polls and it's likely that the race will remain close to the end. The PP won in 1996 and 2000, largely by winning over moderates. But the Socialists attracted enough swing votes to win the last elections in 2004.

Going for the political middle 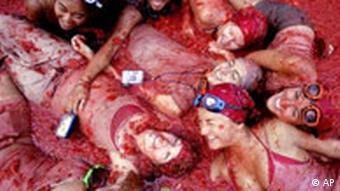 How these Spaniards will vote is anyone's guess

Spain's swing voters are set to decide the elections again this year, said political scientist Pablo Onate of the University of Valencia. Spanish voters have a history of punishing parties that are not seen as being close enough to the center, Onate said.

"This is another case in which that is going to happen," he said. "Both parties are trying to be center-orientated."

Spain's parliament was dissolved on Jan. 14. A 15-day electioneering period starts Feb. 22, but Spanish politicians are in full pre-election swing, trying to define the most important issues for the voters. Political parties will definitely spend a lot of time talking about the economy and terrorism, but social issues are where the parties most differ and will therefore play an important role in the political debate, Onate said.

The Spanish population, while still conservative compared with Northern Europe, is much more liberal today than it was 10 or 15 years ago, Onate said. Yet the Socialists still rely on support from voters ambivalent about issues like abortion. And the PP needs the votes of young people more accepting of gay rights. 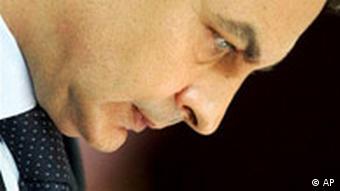 Zapatero is reaching for the center

Reforming Spain's restrictive abortion laws seemed like a social issue Zapatero would embrace. Indeed, in December he promised to make the issue part of this year's electoral campaign. He reversed his line a short time later, saying only that he wants to reassess current abortion laws.

The PP would also rather not talk about abortion, said Onate. The party did nothing to restrict abortion laws during its time in office.

Yet both parties might find it hard to ignore the issue. On Jan. 8 abortion clinics launched a five-day strike to protest what they feel is lack of government support and harassment from officials and pro-life activists. The issue came into the spotlight after allegations surfaced that illegal abortions were being done at clinics in Barcelona. 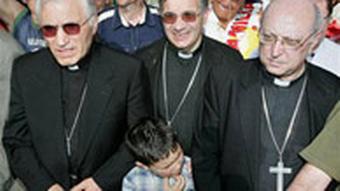 Catholic leaders have spoken out against gay marriage

One hot button issue for conservative Catholic voters is Spain's legalization of gay marriage in 2005. The Spanish Roman Catholic Church jumped into the fray, warning that the country faced a grave moral danger. The Socialists pushed through the legislation anyway.

That issue continues to incense voters. More than 150,000 people demonstrated in Madrid on Dec. 30 for a "Christian Family Day" rally organized by Catholic bishops. The event was billed as a defense of traditional family values. But it took on a political edge as the bishops denounced politics which they say threaten the family.

The government is "shaking the foundations of the family with its unique and unjust laws," Cardinal Antonio Canizares of Toledo said at the Madrid rally.

Cardinal Agustin Garcia-Gasco of Valencia criticized "the culture of radical secularism is a deception which only leads to abortions and fast-track divorces."

The Catholic Church should be making its opinion known on issues such as family, said Jose Carlos Martin de la Hoz, a prominent Catholic historian and theologian. Spain's Catholics shouldn't keep quiet in the face of secularization which they see as destroying the fundaments of family, he said.

The recent demonstration was an example of Catholics taking part in the dialogue about social issues, Martin de la Hoz added. 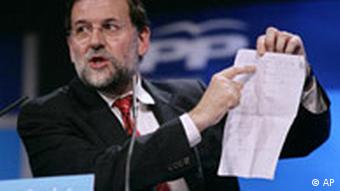 Rajoy doesn't want to be seen as a reactionary

Rajoy, who has repeatedly denounced the same-sex marriage laws, is not turning out to be the strong ally conservatives had hoped for. In an effort to make himself attractive to moderates and to show his political independence from the Catholic Church, Rajoy promised last week that the PP won't repeal Socialist legislation on abortion, same-sex marriage and fast-track divorce.

This infuriated many conservative groups like "Hazte Oir" (Make Yourself Heard). Hazte Oir's president, Ignacio Arsuaga, said he sees same-sex marriage as a key issue in the upcoming election. The PP has said it would like to see the term "marriage" dropped in favor of a civil union, but has promised to let a court make the final decision. Rajoy also promised to appoint a family minister.

While that's a start, it's not good enough, said Arsuaga. Hazte Oir launched a campaign to put pressure on the PP to take a stronger stand on the issue. They're also planning demonstrations and advertising campaigns. 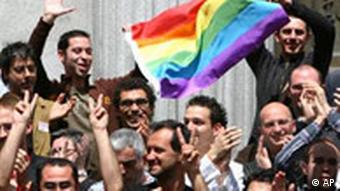 Antonio Poveda, president of the State Federation of Lesbians, Gays and Transsexuals (FELGT), a group essential in organizing massive gay pride demonstrations in favor of same-sex marriage, said his group wasn't planning any street protests. But they would be engaging in public information campaigns ahead of the election, he said.

Poveda said Spain has become one of Europe's most progressive countries in same-sex issues, with same-sex marriage continuing to have 60 percent approval.

He thinks the recent attacks on gay marriage by conservative Catholics will backfire because "people are sick of having that type of doctrine imposed on them."

French President Nicolas Sarkozy got the support of the leaders of Italy and Spain, Romano Prodi and Jose Luis Rodriguez Zapatero, for his idea to establish a union of Mediterranean-rim states. (21.12.2007)

Common Abortion Policy Remains Out of Reach in EU

An EU citizen denied an abortion in her own country can freely travel to a member state where it is legal. But experts say an EU-wide policy that legalizes abortion throughout the bloc infringes on national sovereignty. (21.10.2007)

A small glass tower channeling light into an underground chamber was unveiled as a memorial to victims of the Madrid train bombings, metres away from where the blasts killed 191 people three years ago on Sunday. (11.03.2007)

Should religious leaders stay quiet during election campaigns? Don't forget to include your name and country in your reply.