The Prado Museum opened its doors on November 19, 1819. Today, the museum is a mecca for art lovers in the heart of Madrid.

The Prado Museum in Madrid — called the Museo Nacional del Prado in Spanish —  has actually been celebrating its 200th birthday for quite some time. The festivities for one of the country's most-famous art museums started in 2018, with special exhibitions for the important anniversary. The show "Museo del Prado 1819 - 2019. A place of memory,"for example, ran until March 2019, and featured masterpieces ranging from Velazquez and Goya to Picasso and Eduardo Arroyo.

It all began with 300 paintings

The museum was originally called the National Museum of Paintings and Sculptures and opened to the public on November 19, 1819. As the name suggests, paintings and sculptures were the focus in the early years. The original collection was only 300 paintings, primarily by Spanish artists, but over time, the collection grew. In the 1980s, the decision was made to separate "old" from "new" works and modern art pieces such as those by Picasso, Dalí or Antoni Tapies, which were moved to the Museo Reina Sofía. The Old Masters, works created between the 12th and 18th centuries, remained at the Prado.

Read more: The Gruesome World According to Goya 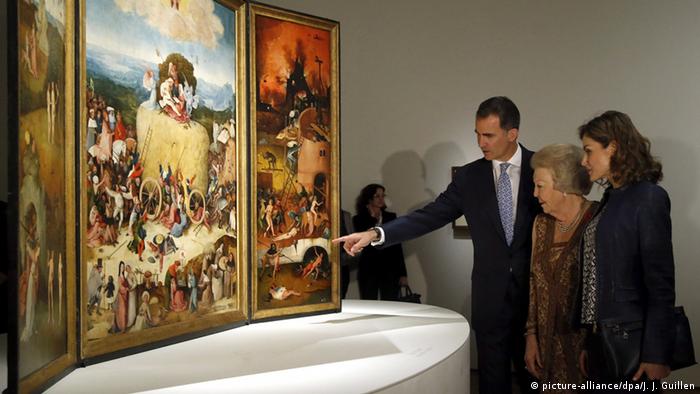 The Prado Museum opened in 1819 and is now celebrating its 200th anniversary.

In addition to a multitude of paintings and around 700 sculptures, the Prado Museum's collection now includes drawings, prints, coins and medals as well as around 2,000 other works of art. Highlights for the visitors are, of course the 8,600 paintings, which feature almost all of the big names in art history. Spanish painters are better represented at the Prado than anywhere else in the world, particularly Goya and Velazquez.

Special exhibitions in the anniversary year

A sizeable exhibition of drawings by Goya will run until February 2020, as will one with paintings by Sofonisba Anguissola and Lavinia Fontana. Both lived in the 16th century and disproved of the stereotypes of their time, which questioned the creative and artistic abilities of women. Fontana even had a career as court painter to Pope Clement VIII and Paul V. Another event, the exhibition of sculptures by Swiss sculptor Alberto Giacometti (1901-1966), should serve as proof that Prado does not "only" dedicate itself to older art. 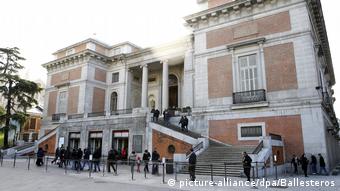 A new way to look at Old Masters

And like all of the world's largest museums, the Prado Museum is doing its best to attract younger visitors. Collaborating with tech giant Google, the museum has been participating in a project to digitally catalogue its most famous artworks. Fourteen of these pieces can now be viewed from a distance, but with striking accuracy.

Yet, the technology doesn't replace the experience of seeing a Goya masterpiece at close range — especially during the museum's 200th anniversary year.

British architect Norman Foster has been chosen to preside over a project to extend Spain's most famous art gallery. Foster will be tasked with renovating a destroyed former palace that lies next to the Prado Museum. (26.11.2016)

The most popular museums according to users of Tripadvisor

Located in the heart of Madrid, the Prado is a magnet for art lovers from around the world. There may be larger museums elsewhere, but the quality of the Old Masters exhibited in the Prado is hard to match. (20.11.2019)