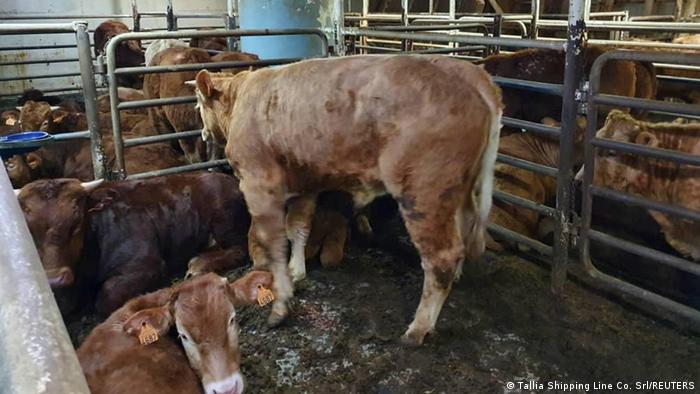 Over 860 head of cattle aboard the ship Karim Allah are to be euthanized, Spanish authorities confirmed on Saturday, following days of controversy over the animals' health.

The ship owners "should proceed to isolate and slaughter the animals in accordance with the applicable regulations," the Agriculture Ministry was quoted as saying by the Reuters news agency.

The Lebanon-registered ship had left the Spanish port of Cartagena in December and was headed to Turkey to sell the young bulls, according to the daily El Diario. However, Turkish authorities refused to accept the vessel for fear of the so-called bluetongue disease. The ailment causes lameness and hemorrhaging among cattle, although it has no effect on humans.

No food for days

The Karim Allah then tried to find a new buyer in Libya, but was rejected from docking in Tripoli. Several other countries then also denied the ship port, leaving the crew struggling to feed the animals.

"We tried to get more feed in Tunisia...but they kicked us out," said lawyer Miguel Masramon, who represents shipowner Talia Shipping Line.

"In the end, we managed to get more in Sicily after the animals spent several days with only water," he told Marine Link news outlet.

Eventually, the ship turned back to Cartagena. The Spanish authorities also prohibited it from docking before reversing their decision and allowing government veterinarians to inspect the animals earlier this week. 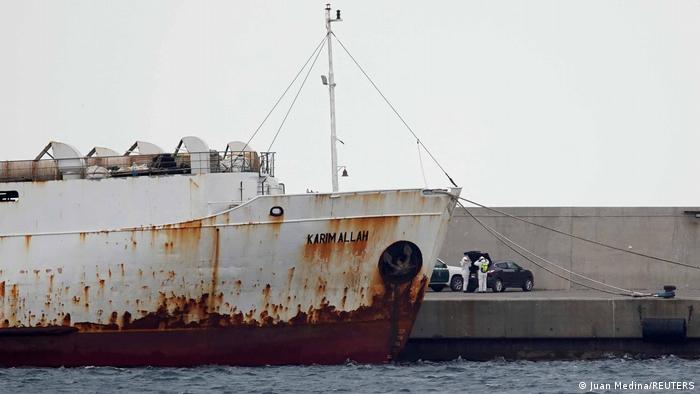 While the report makes no mention of the bluetongue disease, it indicates that the cattle have suffered from the prolonged journey, with 85% appearing to have fungal infections and "a large number" affected by digestive disorders. The animals would also not be sold to a third country, according to the officials, indicating that it was best for all of them to be euthanized.

Masramon criticized the officials, saying they failed to collect blood samples and focused more on the ship than the animals.

"We are very disappointed with the performance of the Ministry, because they promised us a health examination and they are not doing it," he was quoted as saying by El Diario.

Animal rights activists previously slammed the conditions on the ship as "hellish." After a visit in 2016, members of the Animal Rights Foundation stated that the vessel, built in 1965, was littered with safety hazards and not appropriate for animal transport.

Silvia Barquero from the Animal Equality organization said they were pressuring the ministry to ban such means of transport, as it included "obvious mistreatment" of animals.