Spanish police have detained 121 people in their biggest swoop so far against child pornography on the internet, police said. Ninety-six other people were also indicted. 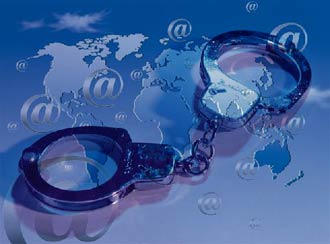 Two of the detainees made their own material, using two children belonging to their family circles, police said Wednesday, Oct. 1.

More than 800 police participated in the operation, seizing millions of files of videos and photographs, including some material described as hard-core.

The investigation was launched in July 2007 in cooperation with Brazilian police. It led to the discovery of a network of paedophiles exchanging material over the Internet in 75 countries.

The suspects included people of different professions, including pilots, taxi drivers, janitors and bank clerks. They ranged from minors to retired people.

Spanish police have detained more than 1,200 people on charges related to child pornography over the past five years.

A woman believed to be a former Mexican beauty queen and her accomplice are suspected of stealing wine worth over €1.6 million from a Spanish restaurant. The pair was tracked down in Croatia after nine months on the run.