Spain drains schools and parents of money | Europe| News and current affairs from around the continent | DW | 30.09.2012

One of the biggest victims of cuts in Spain has been public education. Schools reopened this month with bigger classes, fewer teachers and increased fees for things like school lunch. DW looks at how they're coping. 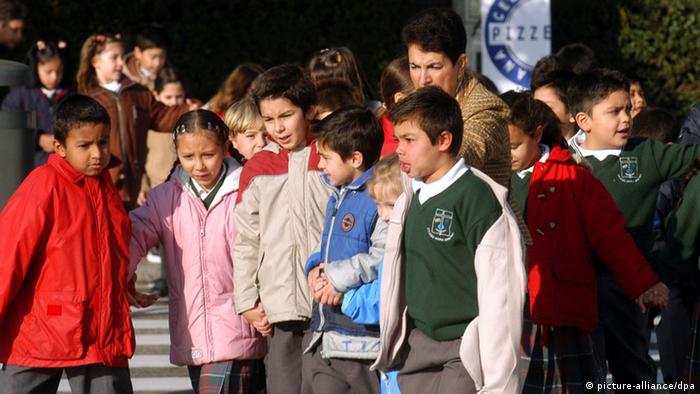 Alvaro Laje, 13, and his friends crowd outside their Madrid school on the first day of classes, discussing what happened over summer vacation. The city started construction on a parking garage where they used to play, which means now they'll have to stay inside during recess.

"It's the yard where we used to play football and basketball," said Laje."They've gotten rid of it just to make some extra money - to build a parking lot." 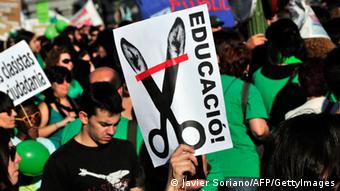 Besides collecting fees for parking, the boys' school is saving money by requiring teachers to work longer hours for less pay. The budget cut has even forced them to teach outside their areas of expertise, according to 15-year-old Gonzalo Vila, one of Laje's classmates.

"The French teacher is now giving English lessons. And the math teacher is also teaching physics, and the technology teacher is doing math," said Vila. "This is the way it is now."

This is the first full school year since the biggest public education cuts in Spain's democratic history. Twenty percent of the education budget is slated to disappear by 2015. Despite the rising number of student enrollments, layoffs -including from school closings - have led to the first drop in the number of teachers in 14 years.

Conchi Redondo, like other parents, is concerned about how the budget-cuts to the schools will affect his personal finances. "I have three daughters in school, and this year there are no more discounts for school lunch, books or anything," said Redondo.

Redondo used to qualify for a discount on school lunch and books, but those subsidies have been cut this year. "For one student, at my daughters' school, it costs 125 euros ($160) a month for school lunch. 125 euros! And for the books, I spent 600 euros for all three of them," he said.

Even if they brought food from home, Redondo's daughters would have to pay a fee just to eat their bagged lunches in the cafeteria with their classmates.

When writing their lesson plans or planning projects, teachers must also consider unemployment among their students' parents when. Many parents have lost their jobs in the past year.

"The only thing we can do, in our case, is try to save money for the families," said Aznar. "If we have to go on a trip, we try to search the cheapest place - we work a lot on that." 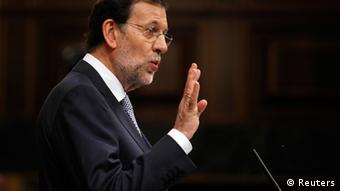 Spain's unemployment level reached nearly 25 percent last spring, the highest in the eurozone, while the country slipped into its second recession since the financial crisis of 2008. Prime Minister Mariano Rajoy's government began implementing a series of wide-reaching cuts - including slashing 10 billion euros from health and education services - in order to avoid needing a full financial bailout.

By the summer, the Spanish government had agreed to 65 billion euros in deficit cuts by 2014 in exchange for up to 100 billion euros from its eurozone lenders to recapitalize its ailing banks. Following recommendations from its lenders, Spain also raised its value added tax (VAT) from 18 percent to 21 percent, as well as made other cuts across sectors to reach its EU deficit goal of 4.5 percent by 2014.

While the Spanish government reported that unemployment numbers had fluctuated across sectors in August, the overall jobless rate had risen nearly 12 percent since the same time last year. Primary school teacher Pablo Aznar has had to break the news of the new fees to these parents, which he says is difficult.

"It's like a ball in my throat. It's a tragedy. Because you see the drama in the families. I wish I had lots of money," said Aznar. 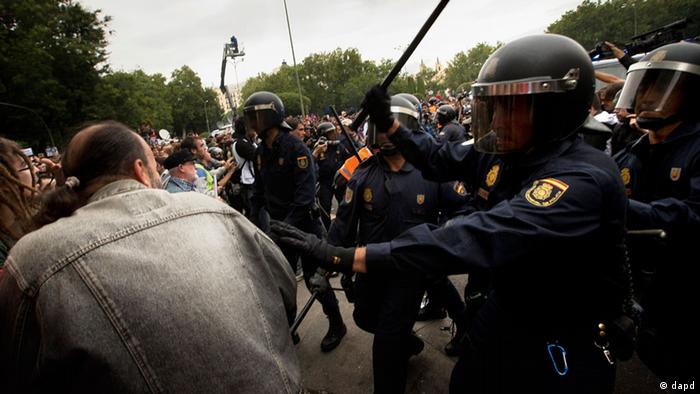 Such budget cuts had already prompted one teachers' strike in Madrid, just a week into the school year, and more took place prior to the latest release of the 2013 budget.

Anger is understandable, says economist Gonzalo Garland, at Madrid's IE Business School. With cuts to education and health care, Spanish austerity threatens the very heart of Europe's post-war welfare state, he says, which might have provided, "too many free things."

"Probably there is also some inefficiency," he said, "but the cuts there are very painful." Garland points out that the government can't avoid certain measures, such as increasing VAT. "But when there's cuts in education, cuts in health, it's your children," said Garland.

"This is the welfare state that's being destroyed. That creates a lot of resistance."

The Spanish government has announced its toughest package of austerity measures yet, as it seeks to bring down the country's high budget deficit. This comes despite two days of sometimes violent protests in Madrid. (27.09.2012)

Spain's government is set to unveil its 2013 budget proposal - which is expected to include even more cuts and strain an already stressed economy. The proposed cuts have been met with two days of violent protests. (27.09.2012)

Spain's economic woes are deepening as latest data shows the economy declining for a fourth quarter in a row. Prime Minister Mariano Rajoy is still opposed to a bailout, but his resistance appears to be waning. (26.09.2012)