Elon Musk's SpaceX aims to launch a Falcon 9 rocket with a cargo of 10 satellites next week following an investigation into why one of its commercial spacecrafts exploded on a launch pad four months ago. 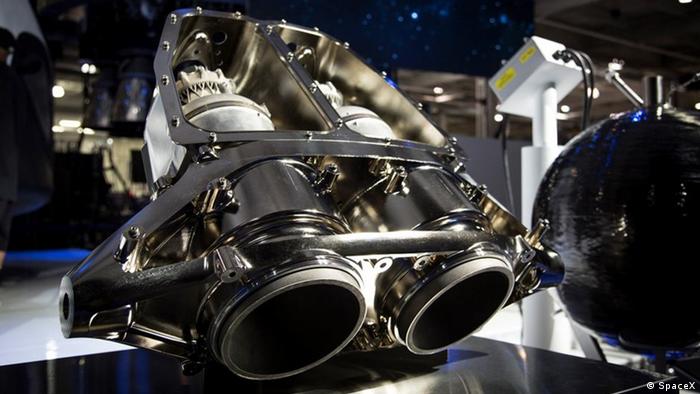 In a statement released Monday, SpaceX said it expected the launch from California's Vandenberg Air Force Base to take place on Jan. 8 to put satellites into orbit for Iridium Communications.

The first 10 satellites for Iridium's next-generation mobile voice and data relay network had been fueled, joined with their deployment module and encapsulated inside the clamshell-like nose cone of a SpaceX Falcon 9 booster, said the company.

SpaceX had suspended flights after the same model rocket went up in a blaze on Sept. 1 as it was being fueled for a routine pre-launch test in Florida. The explosion at Cape Canaveral Air Force Station in Florida destroyed the $62-million (59-million-euro) rocket and a $200 million communications satellite.

The company statement said that accident investigators concluded that a canister of helium inside the rocket's upper-stage oxygen tank had exploded.

"The failure was likely due to the accumulation of oxygen between the COPV [Composite Overwrapped Pressure Vessel] liner and overwrap in a void or a buckle in the liner, leading to ignition and the subsequent failure of the COPV," the statement said.

SpaceX, which is owned by e-car pioneer and Tesla Motors founder Elon Musk, also said that it would implement "design changes" to the helium canisters to prevent buckles altogether.

However, in the short term, the company plans to revamp its fueling procedures so that the super-cold liquid oxygen will not build up between the helium tank's liner and its outer covering. When the new helium canisters would be ready to fly the company didn't say.

At the moment, SpaceX has about 70 missions for NASA and commercial customers worth more than $10 billion on hold. In its Monday statement, it did not say how much damage the Sept. 1 accident did to its primary Florida launch pad, nor when a new second pad in Florida, located at NASA's Kennedy Space Center, will be put into service.

Company spokeswoman Diane Hockenberry said in a statement that Iridium was pleased with SpaceX's announcement on the results of the September 1 anomaly, and their plans to target a return to flight.

The Iridium launch next week will mark the third Falcon 9 mission from the West Coast complex, and the 29th Falcon 9 launch overall since SpaceX's workhorse booster debuted in June 2010. One of the Falcon 9 flights is counted as a failure, not including the vehicle lost on the launch pad Sept. 1.

An explosion has rocked the site of a planned SpaceX rocket launch in Florida. Witnesses reported seeing a giant fireball and buildings shaking miles away from the blast. No one was injured but the payload was lost. (01.09.2016)

What's happening in space in 2017: Shed a tear for poor Cassini

Venus at its most brilliant, a partial lunar eclipse, a spectacular US solar eclipse and, in September, the grand finale of the Cassini mission to Saturn. The year 2017 will be one of mixed emotions for space fans. (28.12.2016)

In April a SpaceX rocket carried a payload into space for NASA, and now that same rocket is set to return to space. The idea of a reusable rocket is the brainchild of SpaceX founder and inventor Elon Musk. (31.08.2016)