SpaceX capsule with four ISS astronauts splashes down off Florida

A SpaceX Crew Dragon capsule carrying four astronauts back to Earth from the International Space Station has parachuted into the Gulf of Mexico. It was the first US crew splashdown in darkness since 1968. 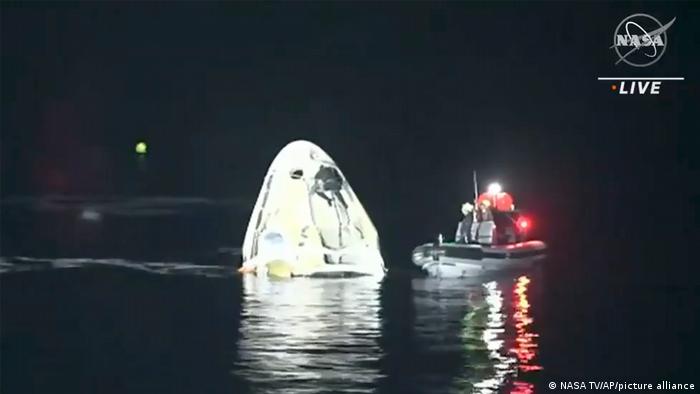 "We welcome you back to planet Earth and thanks for flying SpaceX," SpaceX's Mission Control radioed moments after splashdown.

"For those of you enrolled in our frequent flyer program, you've earned 68 million miles on this voyage."

The landing was the first US nighttime splashdown since Apollo 8's crew returned from the moon in 1968.

The four astronauts had departed the International Space Station (ISS) late Saturday, after more than 160 days in space.

Before the journey, NASA tweeted: "The astronauts have removed their spacesuits and are enjoying one more meal in space before returning to Earth. They'll suit up again before the deorbit burn, about 4.5 hours from now." 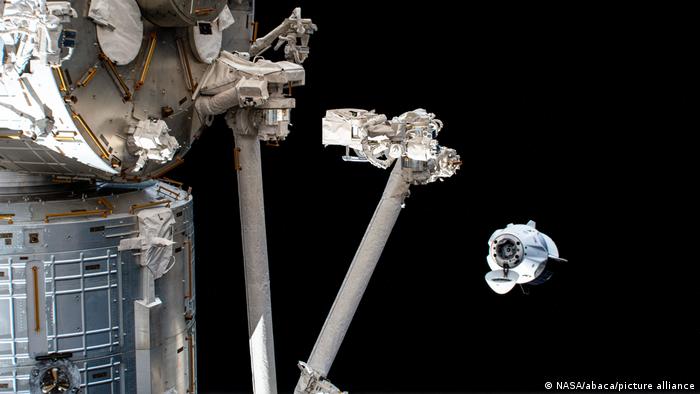 'See you back on Earth'

"Thanks for your hospitality,'' Hopkins, the spacecraft commander, radioed as the capsule undocked 420 kilometers (260 miles) above Mali. "We'll see you back on Earth."

The high offshore wind kept the four at the ISS beyond their original departure date, Wednesday, allowing Glover to celebrate his 45th birthday in space on Friday.

"Gratitude, wonder, connection. I'm full of and motivated by these feelings on my birthday, as my first mission to space comes to an end,'' Glover said.

Noguchi tweeted a photo of the crew celebrating Glover's birthday on the ISS with "live music, yummy cakes, funny videos [and] lots of laughter."

The four astronauts' replacements arrived a week ago aboard the same Dragon capsule.

Three US astronauts, two Russians, a Japanese and a French national were left at the space station after Saturday's undocking.

Last November, the crew were the first to go on a fully operational mission to the ISS aboard a vehicle made by SpaceX.