A German government official has called for the country to launch an unmanned mission to the moon by 2015. The project would boost research, but currently there's hardly the money for such high-flying ventures. 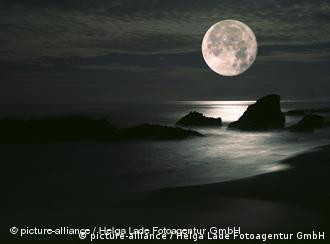 Interest in the earth's lunar companion has soared in recent years

Over the course of five years the ambitious project would cost as much as 1.5 billion euros ($2.1 billion), but that's "money well spent," Peter Hintze, the German government's space and aviation coordinator and a member of Chancellor Merkel's conservative Christian Democrats, told German public television.

A German moon landing could be feasible "within the next decade, around 2015," he said, adding that the high cost of such a plan would be justified by the scientific benefits that such a mission would have. 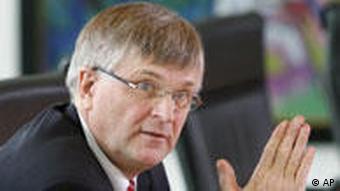 Hintze says the moon is the archive of our solar system

The "archive of our solar system"

"The Moon is like the archive of our solar system. It is an excellent platform for space research and is of the highest importance when answering the question of how we guarantee the future of our own blue planet," Hintze said. "The moon in a way is the Earth's natural space station. It could be a place from which to launch a Mars mission."

Hintze admitted that "at the moment, the finances are not there." And as the country is only weeks away from a general election at the end of September, it's not something that will be decided any time soon. Hintze said any concrete decision over the issue would have to wait until after the elections.

The suggestions have already sparked criticism. Gesine Loetzsch of the Left party said the government would loose all of its credibility if, in the face of a recession, Berlin pumped billions into space exploration.

"The government seems to not have understood that the problems of mankind won't be solved on the Moon but rather on down here on Earth," she said. 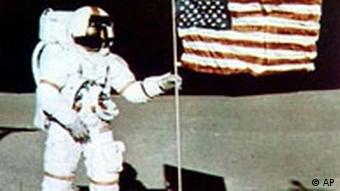 Will a German robot soon follow in the footsteps of Neil Armstrong?

The last mission to the Moon was the Soviet Luna 24 project in 1976. Since then the Moon has faded somewhat from public and scientific interest. The US and Japan have carried out several smaller lunar projects, but they have only orbited the Moon, without the missions actually landing on the celestial object.

However, interest in the Earth's lunar companion has started to reignite in recent years, particularly in newly emerging space powers such as China and India.

A boost for innovative technology

The mission that Hintze suggested would be unmanned – a robotic vehicle would ply the surface and bring back rocks and other research material.

A lunar mission would create highly innovative new jobs and give a boost to research which later could also be useful down here on Earth, Woerner said.

Forty years after the first manned landing, the moon is again getting a lot of scientific attention. Two teams of German scientists are contributing research to a NASA probe looking for suitable future landing sites. (20.07.2009)

European astronauts dream of their own moon landing

Europe is seeing more success in the field of space flight than ever before. As Americans on Monday mark the 40th anniversary of the first moon landing, Europeans are gearing up for their own moon walk. (19.07.2009)

Sky is not the limit for German astronaut Gerst

Future European astronaut Alexander Gerst spoke to Deutsche Welle about his plans with the European Space Agency and the qualities that set him apart from thousands of other applicants for the job. (25.05.2009)