The number of anti-government activists is growing in the US. They do not pay taxes, print their own documents - and occasionally shoot and kill police officers. DW takes an in-depth look at these "sovereign citizens." 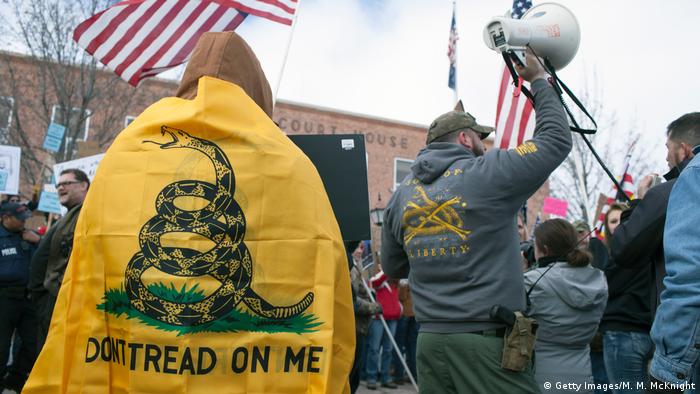 After a "Reichsbürger" shot and killed a policeman in Germany this week, the right-wing movement garnered international media attention. "Reichsbürger" do not recognize the German government's authority or even the legality of the Federal Republic of Germany. They do not pay taxes and they print their own driver's licenses. While there are only a few hundred of them in Germany, similar groups exist in other countries as well.

The United States has seen an increase in the number of those who proclaim themselves to be sovereign citizens or part of self-proclaimed patriotic militias fighting the government. The Southern Poverty Law Center states that "the anti-government movement has experienced a resurgence, growing quickly since 2008, when President [Barack] Obama was elected to office."

The center's analysts say that there were roughly 150 sovereign citizen groups in the US in 2008. Today, they estimate that there are around 1,000.

One of the more seasoned sovereign citizens groups is the Embassy of Heaven church, which has its home base in the foothills of the Cascade Mountains in Oregon. Members believe that the United States government does not have authority over them. They claim to only have one sovereign - God. 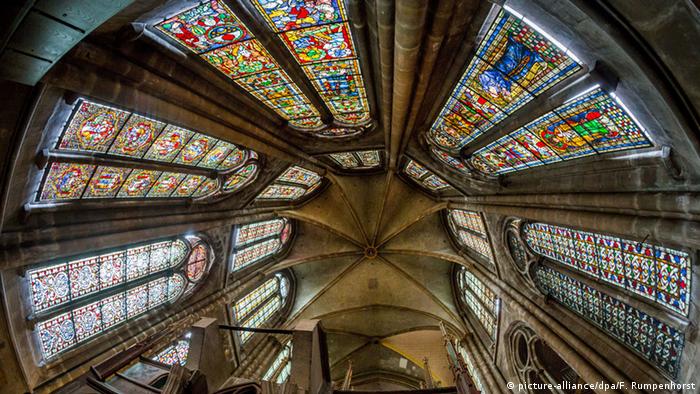 Just like the "Reichsbürger" in Germany, members of the Embassy of Heaven have their own passports. The document is called a "Kingdom of Heaven" passport and can be purchased online for a mere $50 (46 euros). On the Embassy of Heaven website, it says that everyone who "renounces his allegiance to all worldly governments" is eligible for such a document. It also explains that normally, you don't need a passport if you do not plan to travel outside the United States. But: "because we have separated from the world, we are now foreigners to our neighbors."

Aside from walking around with bogus documents, Embassy of Heaven members do not pay taxes and generally do everything they can to show they do not recognize state or federal employees' authority - after all, they live in the Kingdom of Heaven and not in the United States.

Those who call themselves sovereign citizens inundate courts with requests, protest letters and other useless paperwork. Actor Wesley Snipes for example filed his taxes in a way that makes it clear he believes the Internal Revenue Service is an illegitimate authority.

But the anti-government sentiment can turn violent, too. In 2010, 16-year-old sovereign citizen Joseph Kane killed two police officers with more than 25 shots from his assault rifles. The cops, who according to Kane did not have any say over him, had pulled over the shooter and his father for a traffic stop. 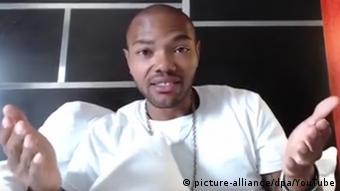 Gavin Long in one of his anti-government Youtube videos

More recently, a gunman who killed three police officers in Baton Rouge, Louisiana in July 2016 also identified as a sovereign citizen. Gavin Long declared himself a member of a faux Native American tribe. Its members claim to be indigenous to the Northern American continent and therefore consider themselves above all state and federal laws.

Other splinter groups view the US government as dangerous and worry that authorities will take away their land or their rights. One of them is the Central Oregon Constitutional Guard. The group was created as a "defensive unit against all enemies foreign and domestic," co-founder B.J. Soper told the "Washington Post" newspaper in May 2016. They consider themselves patriots and say the US government needs to stop violating the Constitution and taking away rights like freedom of speech and the right to carry guns.

Members practice survival tactics, read the Constitution and hone their shooting skills with handguns and rifles. When the "Washington Post" came to visit, Soper let the reporters tag along to shooting practice with his two daughters, aged 16 and four.

Groups like the Central Oregon Constitutional Guard are clustered in rural areas and are made up almost exclusively of white people. Opponents have ridiculed them by calling them "Y'all Qaeda" or "Vanilla ISIS," referencing well-known Islamist terrorist groups.

The most recent armed stand-off between government agents and sovereign citizens also took place in Oregon. In January 2016, a group led by Ammon Bundy occupied the Malheur National Wildlife Refuge for more than a month. They wanted to force federal agencies like the Bureau for Land Management (BLM) to turn over public land to states or to individuals. In the end, many of the protesters were arrested. One man who resisted arrest was shot and killed. 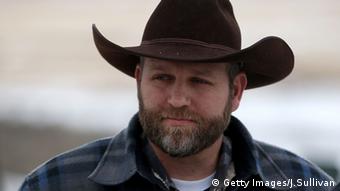 The Bundy clan has a history with sovereign citizen standoffs. In 2014, Ammon's father Cliven Bundy was at the center of his own stand-off with BLM officials and law enforcement at the family cattle ranch in Nevada. For years, Cliven Bundy had let his cattle graze on federal land without a valid permit - after all, he did not recognize the government's rights to said land.

In April 2014, the BLM started to herd the cattle together to impound and then remove the animals. Bundy and other sovereign citizens showed up with guns to stop the process. After intense negotiations, the BLM director decided to release the cattle.

It was meant as a simple act of de-escalation. But today, the growing number of anti-government groups all over the US still celebrate the 2014 Bundy stand-off as a victory against the illegitimate authority of the United States government.

Following the fatal shooting of a German police officer by a member of the Reichsbürger group in Bavaria, the far-right movement is in the spotlight again. DW takes a closer look at some of their theories. (20.10.2016)

Anti-government militants occupying a US wildlife refuge have surrendered to police. Though the 41-day armed standoff ended without large-scale bloodshed, the incident could fuel further militia activity. (12.02.2016)

Spasms of violence by and against the police are raising tensions across the US as political conventions commence. Sunday's fatal shooting in Baton Rouge echoed the killing of officers in Dallas two weeks ago. (18.07.2016)