A top general in the South Sudanese armed forces has stepped down in response to alleged atrocities by the government. The conflict has left tens of thousands dead, with the UN warning of "all-out ethnic civil war." 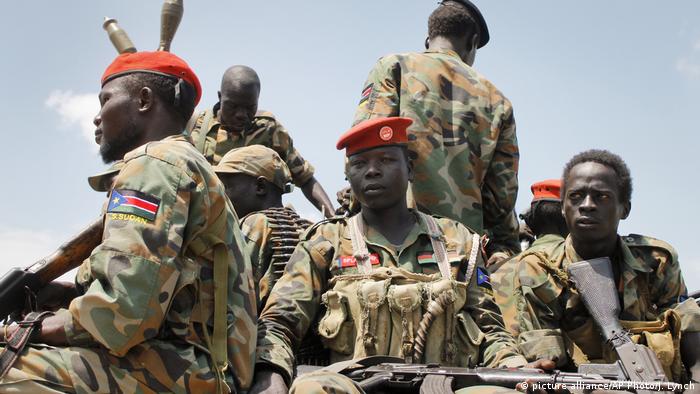 Continued conflict in South Sudan has forced 52,000 people to flee to Uganda in January alone, the UN said. Killings of civilians, rapes and the destruction of homes and property have been reported.

A senior general in South Sudan has resigned over the government's involvement in a brutal civil war, accusing President Salva Kiir and senior members of his Dinka tribe of committing "ethnic cleansing."

I "have lost patience with the conduct of the president and commander-in-chief, the chief of staff and other senior officers in the headquarters of the SPLA [the country's national army] as well as unit commanders," Lieutenant General Thomas Cirillo Swaka wrote in a letter.

He accused the president and his cohorts of transforming the country's armed forces into a "tribal" army that has committed "systematic killings of people, rape of women and the burning of villages in the name of pursuing rebels in peaceful villages."

Swaka, a former deputy chief of general staff for logistics, who is well-respected among the country's foreign partners, said Kiir has pursued an agenda of "ethnic cleansing," "forceful displacement of people" and "ethnic domination," which are considered crimes against humanity.

The lieutenant general is the second-highest military officer to defect from government forces since fighting erupted in the capital of the world's youngest nation in July.

When South Sudan gained independence in 2011, the country descended into armed conflict between the Dinka and Nuer ethnic groups.

The conflict has left tens of thousands dead and over three million displaced, despite a 12,000-strong UN peacekeeping force stationed in the area.

"South Sudan stands on the brink of an all-out ethnic civil war, which could destabilize the entire region," Sooka said.

In December, UN experts reported "ethnic cleansing" in several parts across the country, with Dinka troops accused of driving the atrocities.