Former South Korean President Lee Myung-bak has been given a 15-year jail sentence and a fine over a series of corruption charges, including bribery. He is the fourth ex-South Korean president to land in prison. 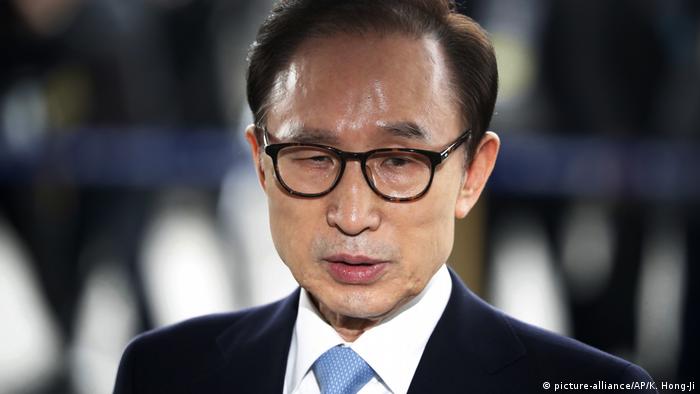 A South Korean court on Friday convicted former President Lee Myung-bak, 76, of bribery, embezzlement and other charges and sentenced him to 15 years in jail.

Lee, who served as president from 2008-2013,  has denied any wrongdoing and says the investigation was politically motivated. He has one week to appeal.

He is the fourth former South Korean president to be imprisoned. His successor, Park Geun-hye, is also serving a 33-year prison term over a separate corruption scandal. 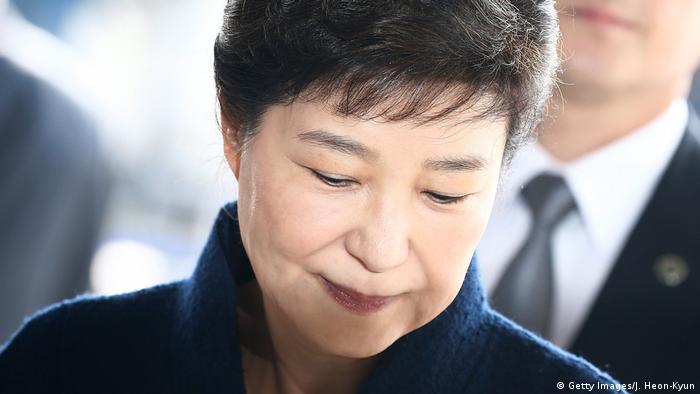 Among other things, Lee was found guilty of accepting bribes totalling some 6 billion won from Samsung Electronics in exchange for a pardon for the company's chairman Lee Kun-hee, who had been jailed for financial wrongdoing and tax evasion. Both Samsung and Lee Myung-bak have denied the charges.

The court also convicted Lee of embezzling 24.6 billion won from a company he owned, of receiving various other bribes and other wrongdoing before and during his presidency.

Lee had "bitterly disappointed not only citizens who trusted and supported him but also our entire country," the court said during the televised verdict.

Lee did not attend while the verdict was being announced, citing illness. 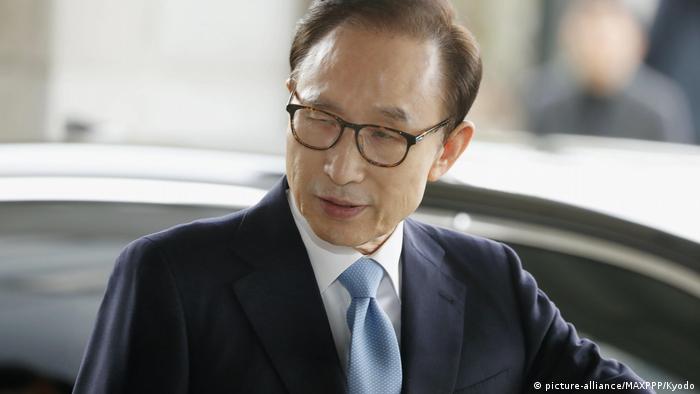 Before his election as president in 2007 by the widest margin in South Korean history, Lee had achieved considerable fame as a successful businessman, leading to hopes that he could bring new momentum to a faltering economy.

However, his five-year term was overshadowed by the global financial meltdown and growing military tensions with North Korea.

All four former South Korean presidents who are still living have now been found guilty of criminal offenses. Chun Doo-hwan and Roh Tae-woo, who were presidents through the 1980s to the early 1990s, both received jail sentences after leaving office for corruption and treason. They were pardoned after serving some two years of their sentences.

Another former leader, Roh Moo-hyun, jumped to his death in 2009after a corruption probe was launched against him.