The Horn of Africa nation chooses its next president on Sunday amid tight security in the capital Mogadishu. The election is over a year behind schedule. DW takes an in-depth look at Somalia's complex electoral system. 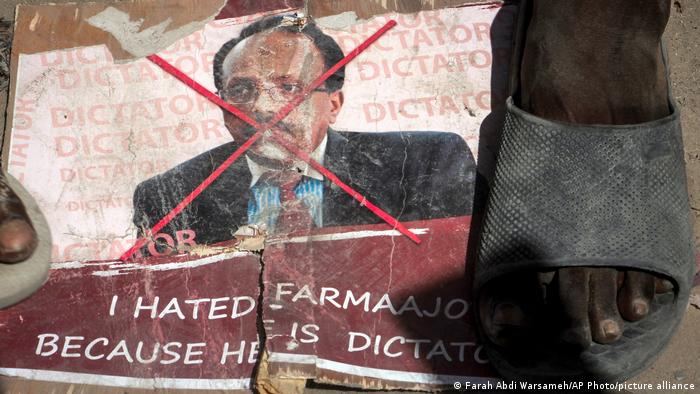 Somalia will elect its next president on May 15.

The vote has been delayed by more than 15 months, with the intervening period marred by deadly violence and a power struggle between President Mohamed Abdullahi Mohamed — popularly known as Farmajo — and Prime Minister Mohamed Hussein Roble.

For centuries, Somali society has been organized on the basis of clans. Which clan people identify with affects many aspects of life, including politics.

Despite this, there was hope that Sunday's election would be held under universal suffrage, as is common in many democratic countries. A strong lobby by clan elders and the political elite, however, saw Somalia subsequently abandon the idea.

How does Somalia pick its leaders?

According to Somalia's electoral system, clan elders pick delegates, who then select the 275 members of the House of Representatives and 54 members of the Senate — a total of 329 lawmakers.

Newly-elected members of the Senate and the House of Representatives were sworn in on April 14.

On May 15, the 329 lawmakers will choose a new president in a secret ballot. The newly-elected president will then pick a prime minister.

Finally, the PM will be tasked with forming a government by appointing a cabinet.

"These will be the sixth indirect elections held in Somalia, with every new government promising to hold general elections in the country," Mohamed Mubarak, executive director of Marqaati, Somalia's first and only anti-corruption organization, told DW. 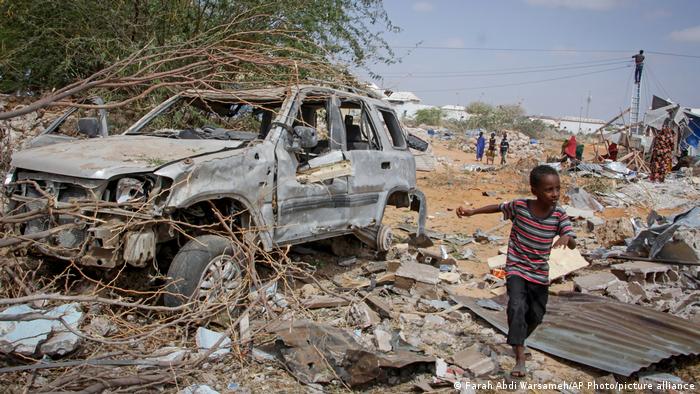 Democracy takes a back seat

Mubarak bemoaned what he described as a narrow goal set by international partners to fight terrorism and piracy.

"Democratization and good governance have taken a back seat," Mubarak told DW. "The results are heavy securitization of the state and unchecked corruption by a small elite that actively works to deny universal suffrage."

Fowsia Aden, who once served as the country's first foreign minister, is the only female presidential candidate. She told DW that she was the right person for the top job.

"Our country needs lasting peace, justice for all, economic improvements and we have to make ensure that the right people — both women and men — are placed in the right positions," Aden said.

"If I'm elected, my government would be constitutionally responsible, inclusive and respect human rights."

Few deciding for many

Ayanle Abdirahman, a civil society activist in Mogadishu, said he is disappointed by the clan politics in Somalia.

"This indirect selection is not a turning point for Somalia, because only 329 handpicked members of parliament decide about the future for the ordinary people in this country," Abdirahman said, emphasizing that Somalis expect the next president to move the country forward.

"Let people choose their future leaders democratically, or through a 'one man, one vote' election."

Somalia has not had a strong functioning government since Somalia's National Movement and other armed militia groups ousted dictator Siad Barre in 1991.

In addition, the Islamist group al-Shabab is fighting to overthrow the fragile Western-backed government in Mogadishu.