The German government's plans to cut military conscription to six months will also apply to those who opt to do community service instead. Community groups warn of exploding costs and cuts to social services. 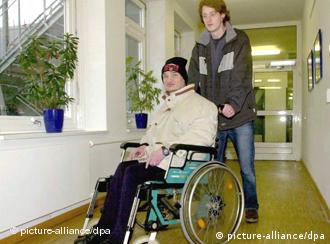 Conscripts are a great help to the elderly, ill and disabled in Germany

Many of the organizations that provide social services in Germany are worried about the German government's plans to cut military conscription to six months from nine months. They rely on the 70,000 young men who opt out of service with the armed forces, the Bundeswehr, in favor of doing community service for non-profit organizations across Germany. But come January 2011, when those doing what is called "civilian service" are only bound for six months, there could be a shortage of caregivers.

"Many are able to study only because there are young men doing community service who accompany them to school or university," she said. "It's going to be hard if they have to train and get used to someone new every six months."

Mascher said costs would likely skyrocket when the number of people doing community service in lieu of military service drops. She fears services will be cut if donors or the German state do not provide more money.

"All organizations offering care will have to adapt to the change. Costs will increase and we are going to need more money." 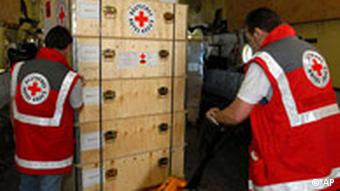 The Red Cross will offer less training if conscription is shortened

The Red Cross, which relies on a large army of young men doing community service, has also begun rethinking its employment strategy in view of the shortened conscription period.

"It won't be worth training them anymore if they only have to serve for six months," said Gabrielle Thivissen, head of administration at the Red Cross in the state of North-Rhine Westphalia.

Around 850 young men currently perform community service for the North-Rhine Westphalia branch, a quarter of whom are assigned to emergency services. Their basic training alone takes three months.

"We just won't be putting any of these young men in this particular area anymore," Thivissen said, adding that in future many of the young men will be assigned less interesting jobs, for example, as porters or storehouse packers.

"Many of our units have already signaled that they'll assign new conscripts to simple jobs," she said. "Because that work is dull, we expect to attract fewer people for community service altogether."

Thivissen said it makes no economic sense to place highly trained, expensive personnel in jobs that conscripts - whose labor costs are very low - have been carrying out until now, such as spending time talking with the elderly, ill and disabled.

The entire system of social services was under threat, she said, adding that care for the elderly was expensive and the numbers of those who needed care was increasing.

Furthermore, few people seek a career in the field.

"We find that [the conscripts] often enjoy this work," Thivissen said. "After having done it for nine months, quite a few stay on once their official term is over. They either go on to do voluntary work, or they make it their job. All that will disappear."

Germany's new coalition government plans to reduce the time that young men must serve in the German armed forces, the Bundeswehr. The reaction from all sides has been swift and not all of it is positive. (24.10.2009)

Reports of poor treatment at some nursing homes has led to a regime of surprise inspections. For nursing homes, the stakes are high, as inspection findings are tol be made public. (27.08.2009)