Social issues unlikely to play decisive role in US election

Although social issues divide the US public, they rarely decide presidential elections. But over the long-term, a growing Hispanic community and a shift in views on gay marriage could push voters to the Democrats. 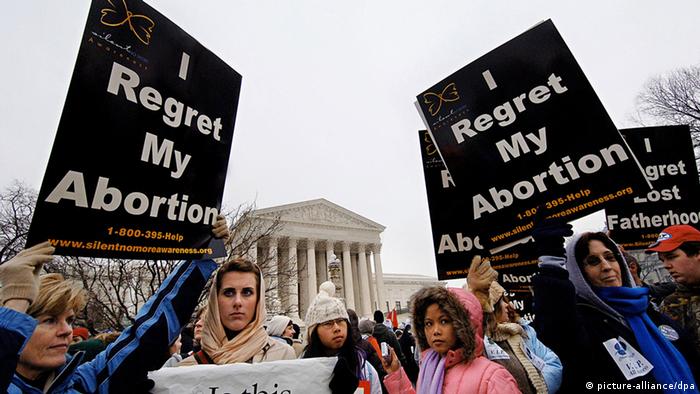 There was a time, when it didn't matter to Mitt Romney whether or not a co-worker at Bain Capital was a homosexual and what he did in his free time - it was his work that counted. And during Romney's 2002 campaign for the governorship in liberal Massachusetts, he said that he would not change the state law guaranteeing women the right to abortion.

But in the meantime, Romney has pivoted to the right. He defines marriage as a "union between a man and a woman" and demands a corresponding amendment to the US constitution. The former governor opposes abortion and wants Roe vs. Wade, the seminal 1973 Supreme Court decision that guaranteed women the right to choose, to be overturned by the nation's highest court. 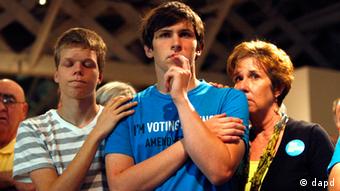 Gay marriage and abortion belong to the many areas where Romney the presidential candidate does not agree with Romney the Massachusetts governor.

"He seems to have no basic enduring values or positions," Thomas Mann, a political scientist with the Brookings Institution in Washington D.C., told DW.

According to Mann, Romney must cater to a very conservative Republican base this election cycle if he wants to become president. And should he win the presidency, he won't be able to return to the more liberal positions that he held in the past.

"The base isn't going away, and he can't get anything done, trying to now reverse position and going back to who he was when he was Governor of Massachusetts," Mann said. "He would find himself without any supporters in either party."

President Barack Obama also recently changed his views on gay marriage. During a May 9th television interview with the US broadcaster ABC, the president said that his views had evolved on the issue, and he now personally believed that "same-sex couples should be able to get married."

Obama's change of heart follows a national trend among the American people. While a majority of Americans opposed gay marriage 10 years ago, today a slight majority supports granting homosexuals the right to marry. The Democrats have independent voters and young people on their side.

The US is also divided when it comes to abortion, but unlike on gay marriage, the public has moved in a more conservative direction. The issue tends to be more emotionally charged than gay rights. Abortion opponents have managed to convince a majority of Americans of their views. President Obama, on the other hand, has consistently supported a woman's right to abortion and legal access to the procedure.

When it comes to immigration policy, the presidential candidates have both differences as well as areas of agreement. The president supports reforming immigration law, and he wants to help the estimated 11 million undocumented immigrants in the US obtain legal status. 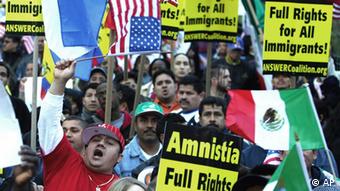 But more conservative Republicans have blocked the DREAM Act, originally a bi-partisan legislative initiative that sought to grant permanent residency to undocumented residents who were brought to the US as minors, who have graduated from high school or college, or who have served two years in the military.

Unable to convince Congress to pass the Dream Act, President Obama issued an executive order that stopped the deportation of young people who were brought to the US illegally by their parents. The criteria for the executive order are similar to those of the Dream Act, but the measure is meant to be a temporary one. For millions of young people, the president's order means that they can remain in the country which they grew up in for a little while longer.

But in cases not covered by the order, the Obama administration has aggressively enforced immigration law. The number of deportations has increased some 30 percent over former president George W. Bush's second term in office, with 400,000 undocumented immigrants now being deported each year.

Republican presidential candidate Romney also wants to reform immigration policy and has criticized Obama for not fixing immigration law during his first term in office. But Romney has rejected an amnesty for America's undocumented residents. Both the president and the former governor have said they do not want to split up families and that they want to make it easier for students and highly qualified professionals to stay in the US.

According to Mann of the Brookings Institute, the debate about immigration policy in the US is the most important social issue right now, because the Hispanic minority is rapidly growing.

"…The immigration issue, while it doesn't directly affect many of them, nonetheless is viewed in powerfully symbolic ways by that community," Mann said. "And certainly the rightward turn of the Republican Party since President George W. Bush has allowed Democrats to build a substantial lead in this constituency and to hold it."

In this presidential election, issues such as abortion, gay marriage and immigration are not the main focus of the two campaigns. The 2012 presidential contest is about economic policy, as is often the case in national elections. But over the long term, Mann believes that the two parties' views on immigration and gay marriage could become more important.

"If Republicans allow their support to stay this low among Hispanics and if the youngest cohort of voters become Democrats and then doesn't change because of same-sex unions, then they could be in real trouble," Mann said.