The rise of social inequality in Western societies has been building for decades, and was destined to happen even without the global financial crisis. It even poses a serious threat to democracy. 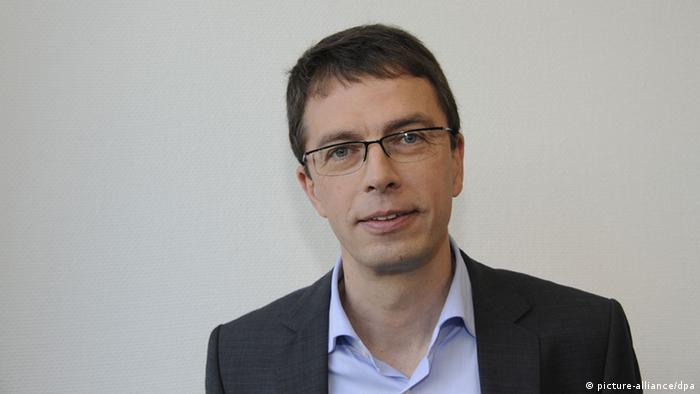 In the post-war economic boom years, prosperity and the giving hand of social welfare went a long way to closing the gap between rich and poor in Western democracies. But since the 1970s - or the 1980s at the latest - the gulf has been widening again. That doesn't mean the societies in question are home to rampant poverty, but that many people - those with minimum qualifications and training, and who often work in the service industry with no job security - are running on the spot. And as they run, others, such as academics and the self-employed are striding ahead, and incomes and fortunes at the very top of society reach unimaginable proportions.

If one were to imagine the social structure of a society as a pyramid, it would be like watching the tip grow ever higher. The Occupy movement fights against this small minority at the very pinnacle of society; against the 1 percent that has cut free from the other 99 percent, yet which still rules over its fortunes.

It is not only a matter of social inequality and justice, but of power and political dominance. That the Occupy movement bangs its drum in the name of democracy is no coincidence, for democracy means equality, equal rights and influence. An elite leadership will undermine the credibility of democratic institutions, including elections and parliament, if the global dominance of the very capital that politicians push about at will has not already done so.

Democratic crisis, or at least unease, consequently is emerging in step with the growing inequality. Increasingly, one hears how at the start of the 1970s, Western democracies were blossoming - before the oil crisis and globalization, before public budget cuts and the privatization of state businesses. Since then they have been in decline, if not in a state of decay. Is that an inaccurate, distorted way of seeing things? Could the past four decades not, in fact, be described as a great success story for democracy?

To trace the march of democracy on maps of Europe and the world would be to begin in southern Europe, to move onto Latin America and eastern and central Europe, and end in parts of Asia. And there besides who really wants a return to the democratic West of the 1960s, when street protests were regarded as inappropriate, citizen's movements and NGOs were shadows of what they are today, and when the only democratic right granted to women was suffrage? So perhaps democracy and inequality have nothing to do with each other.

Oh, but they do! Democracy and equality are siblings, and their relationship is aptly close and complicated. Sometimes they walk arm-in-arm, and sometimes they go their separate ways, but they have the same origin. Even in Athenian democracy more than 2,500 years ago, political rights were granted on the basis of equality for male full citizens. Those who were not "equal" - women, foreigners and slaves - had no place in democracy.

Modern revolutions underscore this connection; In the France of 1789, "Equality, Fraternity, Liberty" was the refrain. But in the 19th century there were widespread efforts, both there and in Germany, to gradate political rights according to wealth and fiscal capacity. Those who had nothing were not allowed to vote, and the ballot of a rich man carried more weight than that cast by a worker.

Such an approach would not stand up in a real democracy. In the 20th century everyone was granted the right to vote, and in post-war Germany there was a especially close connection between democracy and affluence. Because Germans didn't particularly like democracy, Ludwig Erhard sold it to them as a form of leadership that meant "affluence for everyone." Following the fall of the Berlin Wall in 1989, the promises made were of "blossoming landscapes" - as in material prosperity - for everyone.

On the flipside, however, democracy is also highly compatible with extreme social inequality. It does not promise equality in absolute terms, in the sense of radical alignment, but principally as "equality of freedom." equal rights and equal opportunities for involvement.

Within the Western world there are different takes on how much inequality democracy can handle. The Scandinavians and continental Europeans have a different view to that of England and the United States. In material terms, American society is far less equal than German society, but it is certainly no less democratic.

And then there are the Asian and Latin American democracies with their vast social chasms. Or India, the country that has been the largest democracy in the world since 1947 and is an unequalled success story despite extreme poverty and its caste society.

What is decisive here is not the gap between the top and the bottom, but the promise of participation and gradual improvement in situation. In developing countries in particular, is it a tense process, because the path towards greater affluence and participation often initially means an increase in social injustice. As companies tap into new wealth and millions of people enter the urban middle classes, enjoying education, comfortable homes and consumer goods, others remain bitterly poor in rural areas or on the outskirts of major cities, waiting in vain for their chance.

In established Western democracies the situation is no different. Democracy is threatened when social injustice is ignored, when people have no chance to improve their situation, and when feelings of frustration and helplessness become widespread. Democracy is also endangered when participation and inclusion cease to work, and a state's citizens no longer regard themselves as a community.

The employment market in Germany has developed relatively well, so that young people are not left behind in the way they are in southern European countries. But at the same the rigidity of the German education system, which doesn't really support children from less well-educated backgrounds, makes social advancement difficult.

On top of that, the forms of democratic participation have changed. While parties and unions used to be the mouthpieces for the proletariat, giving factory workers had the chance to be heard in parliament, these days it is other things that count: Citizen's initiatives, involvement with international organizations such as Amnesty International, Greenpeace or Attac, or suing in courts for individual rights.

These domains are all the preserve of the well-educated, the articulate: the middle class. The same is true of digital communication, of online campaigns, blogging and Twitter. It is this divide in the heart of society that is more dangerous than the growing wealth of the super rich.

Does social inequality threaten democracy? Do you share Paul Nolte's opinion that the social gulf in society is dangerous? Or do you have a different view? We look forward to your feedback on Facebook, Google+ or Twitter.

Paul Nolte is a German historian, sociologist and publicist. He has been a professor of history at the Free University of Berlin since 2005. In his latest book, "Was ist Demokratie? Geschichte und Gegenwart" (What is Democracy? - Past and Present) he deals with the historical consequences and current challenges of political co-determination.

Power to the people: Have your say

What is the essence of democracy? Should each country strive for its own democratic reforms? What role does the West play in initiating political change? Share your opinions with us and find out what others say. (13.05.2013)

Modern media is not always democratic

Were the revolutions in the Arabic world started by social networks? Tunisian publicist Amel Grami is skeptical, and warns against the extremist potential of the new media. (27.05.2013)