Edward Snowden has been on the receiving end of what some are calling a "witch hunt" by US legislators, who keep insinuating he is a Russian spy. He has defended his reputation - and condemns the media for its role. 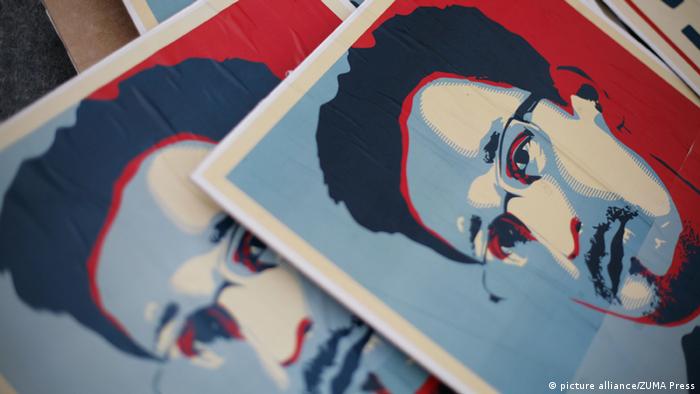 When their anonymity is guaranteed, it seems US government officials have a bloodthirsty streak when it comes to former National Security Agency contractor Edward Snowden. "I would love to put a bullet in his head," one Pentagon official, described as a former Special Forces officer, told the media portal BuzzFeed this week. "I do not take pleasure in taking another human being's life, having to do it in uniform, but he is single-handedly the greatest traitor in American history."

"In a world where I would not be restricted from killing an American, I personally would go and kill him myself," a current NSA analyst also told the site. "A lot of people share this sentiment."

BuzzFeed suggested that this "violent hostility" toward Snowden is consistently lurking behind the US debate that the whistleblower ignited on the activities of the NSA. Whether that is an overstatement or not, the perception of Snowden's motivations (who is, after all, just the messenger) has certainly become key to how the NSA debate is being addressed. 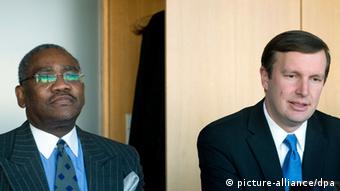 Senator Murphy (r) suggested Moscow now had the data that Snowden took, despite having no evidence

A number of US legislators - both Republican and Democrat - have hinted darkly that Snowden cooperated with Russian or Chinese secret services to leak the evidence.

House Intelligence Committee chairman Mike Rogers told NBC's talk show Meet the Press that he didn't think "it was a gee-whiz luck event that [Snowden] ended up in Moscow under the handling of the FSB [Russian state security agency]."

Meanwhile, Michael McCaul, chairman of the House Homeland Security Committee, told ABC's This Week that he didn't believe "Mr Snowden was capable of doing everything himself." He added he could not say "definitively" that Russia was involved, "but I believe he was cultivated." Whatever "cultivated" means, no one has yet produced evidence of collusion between Snowden and any non-US secret services, other than suggesting it was unusual that Snowden had planned his travel in advance so well - "he had a go bag, if you will," said Rogers.

In fact the FBI, which is conducting an investigation into how Snowden obtained the data, anonymously told the New York Times on Sunday (19. 01. 2014) that its conclusion was that Snowden acted alone.

Even if the Russians did not help Snowden directly, other US legislators have suggested that other countries now have whatever data Snowden took from the NSA. Speaking last November in Berlin, on a goodwill trip to patch up the diplomatic damage done by the NSA affair, Senator Chris Murphy told DW, "Snowden brought information to countries that have adversarial interests to the United States - and I think there's an assumption today that those countries possess a good deal of that information, if not all."

Again, there is no evidence of this, and Snowden gave an interview to the New Yorker published Tuesday (21.01.2014) to rebut the insinuations. Snowden said he had a "go bag packed since 2007. It's not an exotic practice for people who have lived undercover on government orders," Snowden said.

He also pointed out that the US government itself was responsible for his prolonged stay in Russia. "I was only transiting through Russia," he told the New Yorker. "I was ticketed for onward travel via Havana - a planeload of reporters documented the seat I was supposed to be in - but the State Department decided they wanted me in Moscow, and cancelled my passport." 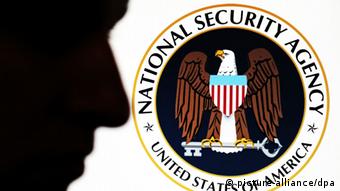 For Snowden's defenders, the legislators' comments are a clumsy attempt at distraction. "The anti-Snowden discourse is no more than a reflection of the perverse attachment to secrecy and obfuscation that dominates intelligence agencies and undermines the fundamental principles of transparency and accountability," Carly Nyst, legal director at Privacy International, told DW in an email.

"Given the public uproar over the mass surveillance programs revealed by Snowden, discussions such as these are blatant attempts by authorities to deflect attention away from themselves and their illegal spying operations," she added.

Indeed, the more pertinent issue for Snowden is the way the media is parroting the allegations without challenging them. "It's not the smears that mystify me," he said. "It's that outlets report statements that the speakers themselves admit are sheer speculation … I mean these are pretty serious allegations, you know?"

Jeff Chester, executive director of Washington-based digital rights NGO Center for Digital Democracy, thinks Snowden is being a little naïve. "Snowden expects too much from American journalism, especially television, which has long been weakened in its ability to take strong stands against the government or powerful corporate players," he told DW.

In fact, Chester says, he should be happy with what he's got: "He has received significant reporting from the two leading US daily newspapers - the New York Times and Washington Post. In reality, Snowden's support from the media has been unique, with teams of reporters covering the documents and issues he has unearthed."

But he condemned the campaign against Snowden: "Political witch hunts are still alive and well even in the Obama era."

After weeks of debate, US President Barack Obama announced additional oversight measures for NSA surveillance programs. But key questions were left unanswered and little is likely to change for non-Americans. (18.01.2014)

By mandating a bold overhaul of NSA mass surveillance practices President Obama could have won back some lost trust. Instead, he opted for as little change as possible, says DW's Michael Knigge. (17.01.2014)