A plane reportedly carrying 19 passengers and crew has crashed in a suburb of Goma in the eastern Democratic Republic of Congo (DRC). It was taking off on a flight to Beni, said regional authorities. 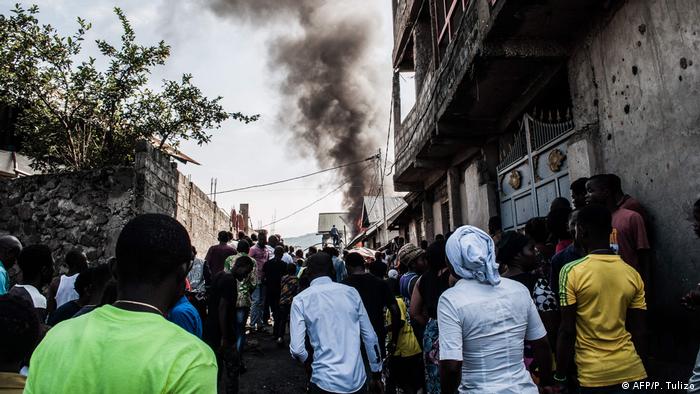 The operator of the twin-engine Dornier-228 aircraft, the local airline Busy Bee, said the flight had 17 passengers and two crew members on board.

The 19 people on board were among the at least 26 to die in the incident, authorities said on Sunday.

The crash site was among residential homes near Goma's international airport.

Fire tenders of Goma city and the UN peacekeeping mission MONUSCO were at the scene of the crash, said actualite.cd. 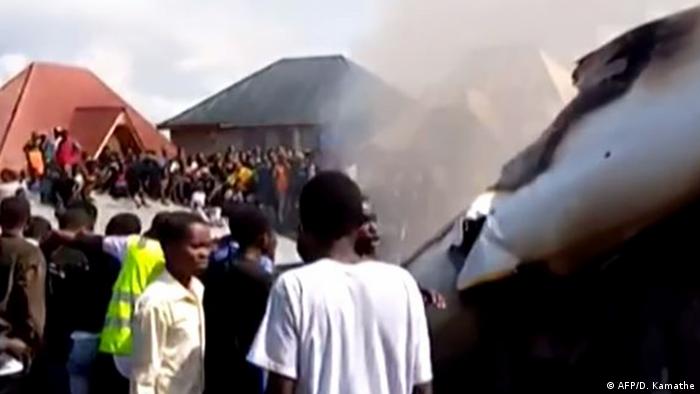 Goma, November 24: The aircraft crashed among housing near Goma's airport

In October, a cargo plane operating from Goma bound for Kinshasa crashed an hour after takeoff in Congo's central province of Sankuru, killing all eight passengers and crew.

On its catalog of airlines banned from operating in Europe, the European Union lists 21 Congolese airlines, including Busy Bee.

There were no survivors among the all-Russian crew that was transporting vehicles, weapons and military personnel. Initial reports suggest the plane suffered a faulty take-off. (30.09.2017)

Health officials fear an Ebola outbreak in eastern DR Congo could spread in Goma. Earlier in July, the city of two million people registered its first case of the deadly virus. (31.07.2019)

Dornier aircraft were initially developed at Oberpfaffenhofen in Bavaria