Slovakia's new center-left government has unveiled plans to consolidate the eastern European country's public finances by doing away with a business-friendly flat tax. It's an attempt to arrive at more social justice. 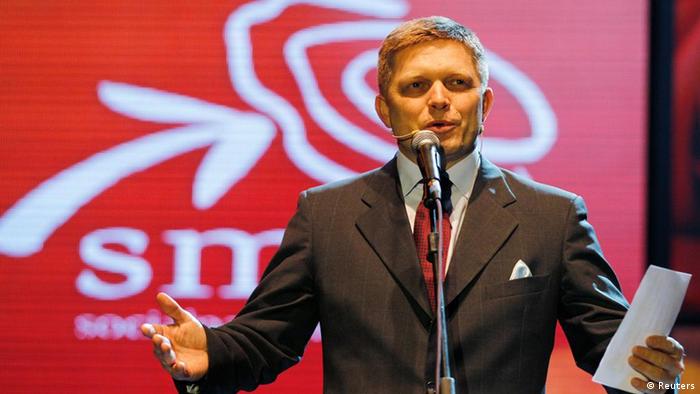 The Slovak government said on Friday it would raise taxes for rich individuals and companies to bring down its budget deficit. It was aiming to scrap a pro-business flat tax in favor of higher rates for the more affluent in society.

"We're not doing this because of Brussels, we are doing this for ourselves, so that Slovakia can more easily raise funds on financial markets," Prime Minister Robert Fico said in a statement in Bratislava.

Fico had long vowed to eliminate the current 19-percent flat tax on personal income. The proposal essentially adds a 25 percent rate for those who earn more than 33,000 euros ($43,600) a year. He had also floated the idea of imposing a 22 percent tax on wealthy companies, including monopolies, banks and telecommunications firms.

"The key goal is to trim the public deficit under 3 percent of gross domestic product in 2013," the government's policy statement said. "The government refuses to see higher consumption taxes as the only measure to raise budget revenue."

Vladimir Vano, Volksbank chief analyst, was skeptical about the efficiency of a wealth tax on companies.

"The scrapping of the flat tax may have more of a declaratory effect rather than a real one, because the corporations affected will be able to find a way to avoid paying higher taxes," Vano told the AFP news agency.

Slovakia joined the European Union in 2004. Growth in the country is forecast to top the eurozone at 2.3 percent, after logging 3.3-percent growth in 2011. However, the eastern European nation's export-driven economy makes it vulnerable to any wider slump in the region.