Several hundred skiers stuck in cable gondolas have had narrow escapes in the Italian Dolomites. They were lowered to the ground safely by rescue crews after high winds toppled a tree on the main cable. 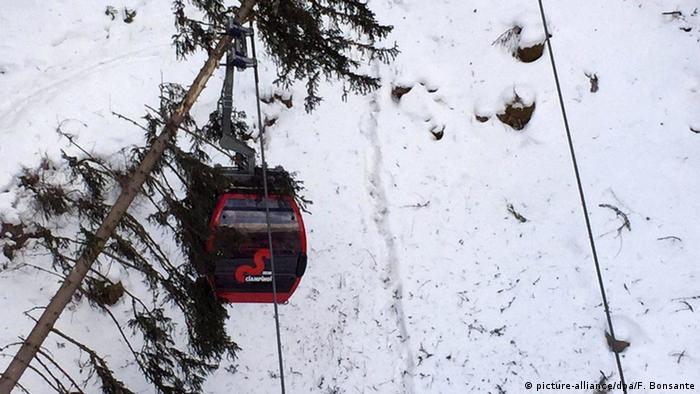 Helicopters were used to lower rescuers onto the cabins buffeted by high winds on Thursday. Some 200 skiers were then lowered by rope without any serious injuries, according to local South Tirol media.

The Ciampinoi cable car system in the popular Val Gardena resort ground to a halt when the top segment of a 40-meter-tall tree toppled onto the cable.

That prompted fears that the cable could snap at any moment, sending the gondolas crashing to the ground.

Some passengers had to wait hours suspended in cabins amid windgusts of up to 130 kilometers (70 miles) per hour.

A woman was crushed by a falling tree in the Emilia Romagna region. A male motorist was killed when a rockfall hit his car near Lucca in Tuscany.

Several ports on the island of Sardinia were cut off by high winds and seven-meter-high (23-feet-high) waves.