The European Union and Singapore have agreed to terms on a free trade deal. The move is expected to open up the Asian country's market for financial services and European exports. 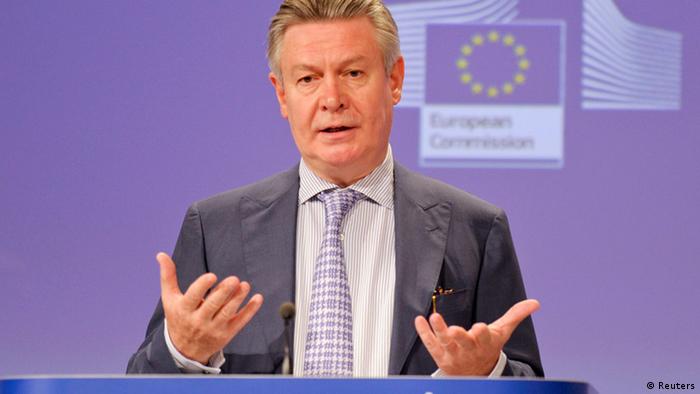 "Singapore is a dynamic market for EU entrepreneurs and an important wheel in driving trade in south Asia," said De Gucht.

After negotiations are completed by the European Commission, the EU executive, member states and the European Parliament must approve the agreement before it can take effect.

De Gucht added he did not expect problems, saying he was hoping for finalization by the end of next year.

The EU hopes the agreement will provide better financial access to Singapore, one of Asia's richest countries per capita.

Though Singapore has a population of just 5 million, it is considered a gateway to the 600 million people in the fast-growing economies of the 10-member Association of South East Asian Nations (ASEAN).

The deal includes the removal of non-tariff barriers such as the double testing of cars, as Singapore starts to recognize EU standards, EU officials say.

The further opening of the island country's banking and financial services sector, as well as better access to its public procurement markets are also part of the agreement.

De Gucht said the move will open the way for further trade agreements with countries in the ASEAN region.

The EU is currently negotiating free trade agreements with Malaysia and Vietnam. A similar deal with South Korea came into effect last year, and EU trade ministers agreed in November to start negotiations for a deal with Japan.