My way or the digital highway? Who will rule the roads of the future with driverless cars? Big tech and car industry heavyweights are headed toward a showdown as cars increasingly turn into digital platforms. 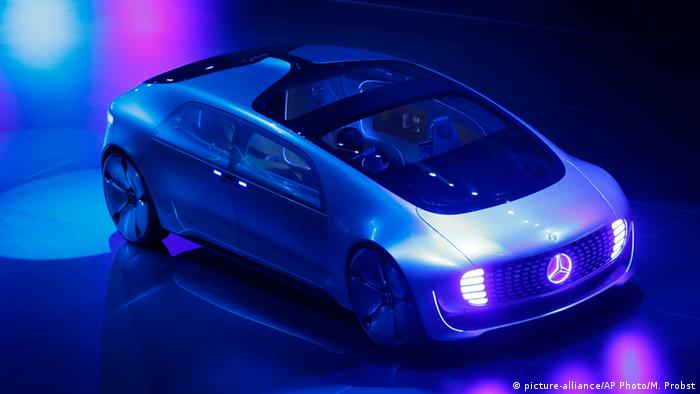 The magic year seems to be 2030. Beyond this marker in time, a world of driverless cars awaits - according to various industry and consumer surveys. We'll see them racing up and down the streets, picking up and dropping off passengers and parking themselves to charge their fully electric batteries while not in use.

Or maybe they won't really be racing. For the cars of the future, road mishaps are supposed to be a thing of the past. They will be in constant communication with all the other driverless cars on the road, heading off any possible collisions before they happen – eliminating an estimated 100,000 deaths a month due to traffic accidents, according to the World Health Organization.

From the snazzy new convertibles to the powerful SUVs, the cars presented as the Frankfurt Motor Show, or IAA, all still need flesh and blood drivers. But carmakers are increasingly confronted with the issues within this brave new world. Chief of all the questions: In that world, how relevant will they still be?

Carmakers might still be king in manufacturing expertise, but they're coming up against big tech like Google, Apple and Sony, as electric cars and self-driving vehicles turn into digital platforms. And the road to victory isn't assured for either side.

"I'd say each side has about a 50:50 chance of winning," said Stefan Bratzel, a professor specializing in innovation research at the Bergisch Gladbach University of Applied Sciences. "German industry is really taking the fight against IT firms seriously now, as opposed to before. But it's all about who would offer the customers the better solution."

Germany's automakers insist they would be the ones to do that.

"To build a car from scratch, one needs the skills to be able to specify all the characteristics of such a car simultaneously: comfort, design, driving dynamics, propulsion technology," said Thomas Weber, who heads Daimler's group research. "And yes, connectivity and automated driving will be added to that. But even in that regard, we feel well-equipped. We're on course for a successful future."

And they really haven't been sitting idle. In August BMW, Audi and Mercedes announced their acquisition of Nokia's maps business HERE for 2.5 billion euros ($2.8 billion) in a bid to get ahead of the game, as location services will matter in the future industry of self-drivings. And they've been vigorously hiring software experts, too.

But two can play that game, and Google is also recruiting from the other side. Earlier this week, the US tech company announced that Hyundai Motor's former America chief John Krafcik will lead the tech company's self-driving car division.

That said, Google itself seemed hesitant to appear as an emerging automaker before an assembled crowd of journalists and visitors at the Frankfurt Motor Show.

"Google is not a car manufacturer, nor does it have plans of becoming one," said Philipp Justus, Google's managing director in Germany, Austria and Switzerland. "That's not something we want or can do on our own."

But Professor Bratzel says they might not even have to do this to gain the necessary abilities.

"Especially carmakers struggling to compete with the industry heavyweights may be eager to cooperate with Google in car manufacturing," Bratzel said. "Germany's car industry will have to learn to design entire mobility ecosystems, or lose out to tech companies on the automated car market." 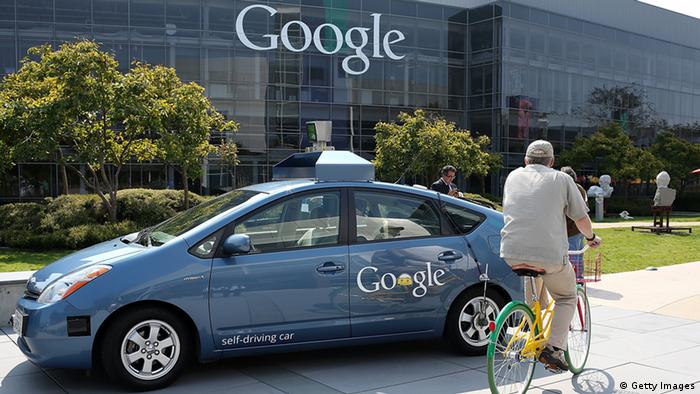 Since 2012 Google is allowed to operate driverless cars on public roads in California. The US tech giant has already gained first-hand experience with accidents it published in a 2015 survey (see link).

Drivers eager to give up driving

And in Germany, experts say there will definitely be a market. While hosting the Frankfurt Motor Show's panel on the future of new mobility, auto industry analyst Thilo Koslowski cited a study conducted by his organization, IT research firm Gartner. According to the study, 12 percent of German car owners would "definitely" buy an automated car, 52 percent said they "probably" would, while 36 percent said they wouldn't. 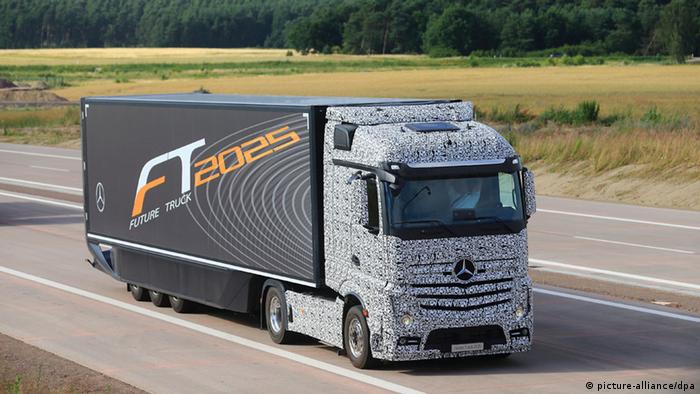 German premium carmaker Daimler carried out test runs of trucks driven by auto pilot. It aims to become world leader with regard to self-driving trucks.

First the roads, then the cars

Beyond the products that the automotive industry and big tech will provide - whether in competition or cooperation with each other, the entire infrastructure on which the connected, automated cars will run will have to be put in place.

That will be a challenge too, said Annette Bronder, head of the digital division of German IT-services firm T-Systems.

"There will be terabytes of data being transferred. All these data have to be transported over a network, and they have to be able to talk to one another. These data have to be secure," said Bronder. "We have to manage this growth of connected cars. Apart from telematics, platform solutions, security solutions, we have to make sure there are common standards in order to achieve a basis for the whole system to work."

There's still some time until then. And in that time, one can be sure Germany's car companies, as well as Google and their IT-company brethren, will be arming themselves in what promises to be the automotive industry's biggest showdown in the quest for dominance on the roads of the digital age.

Lights, camera, cars: Glitzy new models and high-tech gadgets are coming together at the 66th IAA, the world's largest motor show. And carmarkers from around the world are eager to show off what their prototypes can do. (15.09.2015)

A future in which electric cars drive themselves and be hailed through a smartphone app may be closer than we think. Or not. Chris Cottrell reports from the International Transport Forum in Leipzig, Germany. (29.05.2015)

The car giant's new generation of self-driving 18-wheelers have been given permission to roam German roads. CEO Zetsche says the industry is facing a revolution and that he's looking to team up with Silicon Valley. (21.08.2015)