The latest economic data indicates that the global economy is continuing on its road to recovery. Yet doubts persist about whether recovery can be sustained and whether benefits of the recovery are reaching workers. 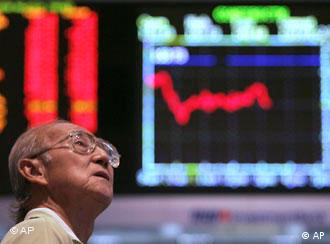 The latest batch of economic data point to a sustained recovery

Greece, in the midst of a debt crisis, saw its manufacturing output decrease. However, the Greek crisis, which has driven down the value of the euro, actually ended up benefitting the euro-zone economy as a whole: European goods were cheaper for overseas customers, which led to an increase in demand, which in turn drove higher manufacturing outputs.

"We are seeing world trade booming, it's recovering very sharply. Emerging markets were driving this at the beginning but developed markets are also now catching up," Nick Kounis, economist at Fortis Bank in Amsterdam, said last week.

Part of a worldwide trend

Growth in Europe is part of a worldwide upswing in manufacturing output. 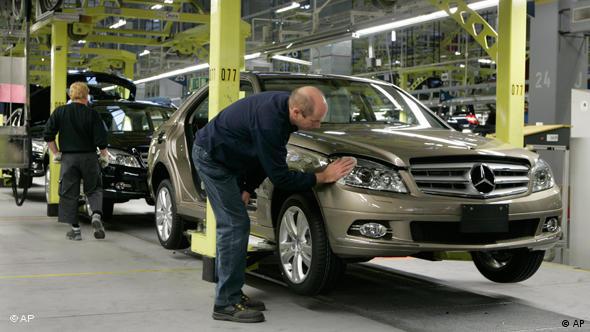 German manufacturing grew at the fastest rate in 10 years

In the United States, the manufacturing sector grew at the fastest rate in five years. Similar gains were made by countries throughout Asia.

The manufacturing news is the latest in a string of positive economic signs that are sustaining hope that the world economy is beginning to experience sustained growth after the worst financial downturn in decades. This hope has sent world financial markets to their highest levels in 18 months.

"We had a slew of nice upside surprises from manufacturing data around the world," said Matthew Strauss, a senior currency strategist at RBC Capital Markets in Toronto. "The numbers were not out of the ballpark but were all stronger than expected, so that's a good start to the month."

Doubts about strength of European recovery

Even with the positive manufacturing numbers, doubts about the sustainability of Europe's recovery persist.

Although Greece has held a series of successful bond auctions to raise money, it is still far from paying off its enormous debt. Also, EU consumer consumption has dragged in recent months, an indication that consumers are still reluctant to spend. 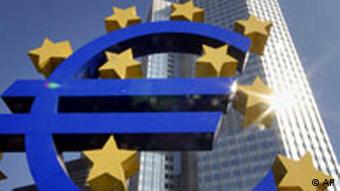 The European Central Bank is expected to keep interests rates low in the coming months in an attempt to promote borrowing and, in turn, spending.

"The recovery is still weak, and therefore the outlook for inflation remains low," the International Monetary Fund said of Europe's recovery in its latest World Economic Outlook. "It's appropriate to keep interest rates exceptionally low and to act very slowly in abandoning quantitative measures and changing collateral requirements."

Official reaction to the latest numbers from the European Union was muted because of the Easter holiday. However, officials in the United States said the positive data was a sign that drastic steps taken in the immediate wake of the crisis such as large bailout packages for banks have worked and lead to a broader recovery.

Former Chairman of the US Federal Reserve Alan, speaking on a US television show Sunday, said, "There is momentum building up which is really just beginning and it's got a way to go" and that the odds of a double dip recession are now very low.

Yet, despite Greenspan's optimism, US Treasury Secretary Timothy Geithner acknowledged last week that positive economic numbers have failed to generate substantial numbers of new jobs and that the economic recovery has large benefitted large corporations. He called the recovery to this point "deeply unfair."

Germany 'needs to focus on innovation' to ensure recovery

A report from the Organization for Economic Co-operation and Development (OECD) says the German economy needs more innovation, education and competition. (26.03.2010)

Increased exports are the cause for Germany's second consecutive quarter of economic growth. (13.11.2009)