German technology giant Siemens has said it's giving up the production of public charging stations for electric cars. It argued e-mobility had not developed fast enough in the country to justify development costs. 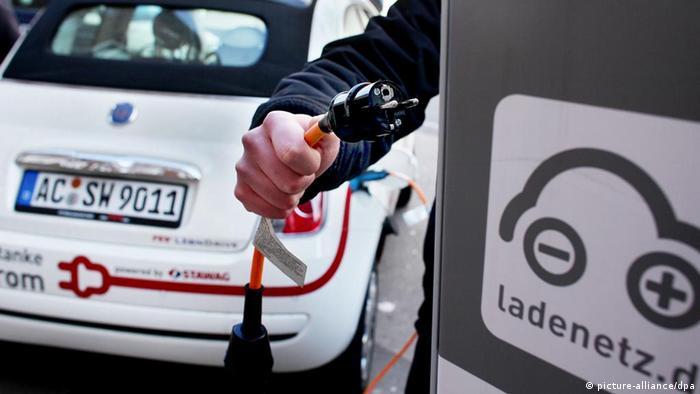 The German daily "Die Welt" reported in its Tuesday edition Siemens was giving up on its production of public charging points for e-cars.

"It's true that we're withdrawing from that business segment, because the e-mobility market has grown more slowly than originally expected," the company said in a statement. "Together with the staff council, we're currently looking for a solution as to where to employ the workers affected by the move."

Siemens did not specify just how many jobs were at stake.

Despite a government plan to see one million registered electric cars on German roads by 2020, consumers haven't particularly been mad about such vehicles. Last year for instance, only 4,157 e-cars were newly registered in Germany, bringing the total to 7,112.

Not enough clients in sight

How the German government backs e-cars

The models in use are more often than not anything but pure electric cars, but rather some kind of hybrid make with a stand-by gasoline engine.

Siemens indicated that e-car registrations in Germany had fallen far behind those in the US and other nations, making the production of public charging points for the domestic market highly unprofitable, also because of high research and development costs.

The company emphasized, though, that it would continue to make so-called wall boxes for recharging e-cars privately at home. It would also continue research on inductive, that is, cableless charging techniques.

Protests turned violent after the introduction of new restrictions, with second-wave lockdowns being implemented across Europe. Meanwhile, both Germany and the Indian capital New Delhi reported a daily record for cases.