German-American magicians and entertainers Siegfried and Roy inspired many fans with their shows. Roy succumbed to COVID-19 last year and now, his partner Siegfried Fischbacher has died of cancer. 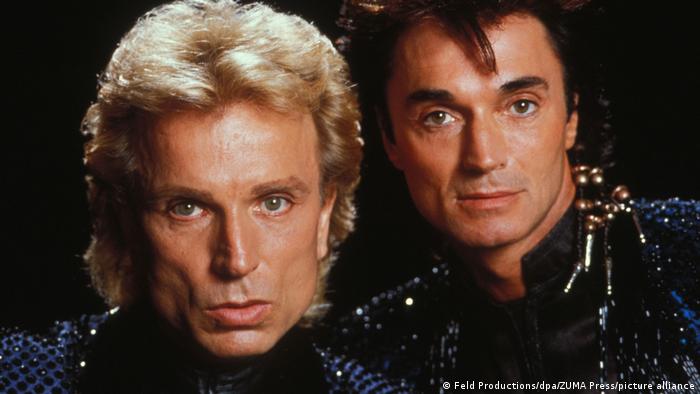 Siegfried and Roy were a big number in the circus world. First in Hollywood and later in Las Vegas, their show bringing together felines, performers and magic was a visitors' magnet.

The "Siegfried & Roy at the Mirage Resort and Casino" show, featuring white tigers, lions, acrobatics and glamour brought in millions of dollars to the two German magicians. That was until Roy Horn's accident on October 3, 2003, when he was attacked by his tiger Montecore during a performance.

Just the evening before, the duo had celebrated Horn's 59th birthday and 43 years of a successful partnership.

Siegfried Fischbacher and Roy Horn had met in 1960 on a cruise ship. Horn, who came from Nordenham in Bremerhaven in northwest Germany, worked as a pageboy on the ship, while the Bavarian Fischbacher worked there as an entertainer.

Together, they traveled the world. After many stints in Bremen, Paris, Monte Carlo and Puerto Rico, they settled down in Las Vegas in the 1970s. 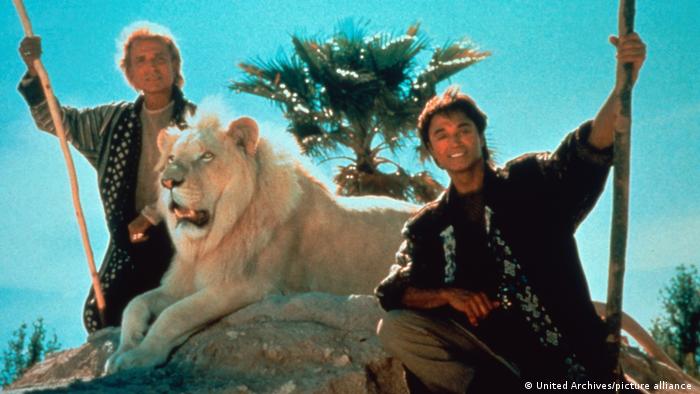 Siegfried and Roy in the 1990s

The accident in Las Vegas was a death blow to Siegfried and Roy's magic show. Until then, the duo, who also lived as a couple in an estate called "Little Bavaria" in Las Vegas, were earning $50 million yearly.

"I have named the animals according to qualities I aspire to in my life. My white tigers are called Stolz (pride), Freude (joy), Leidenschaft (passion), Vorsehung (providence) and Weitblick (foresight). Each of these animals has slept in my bed," Horn once said in an interview. 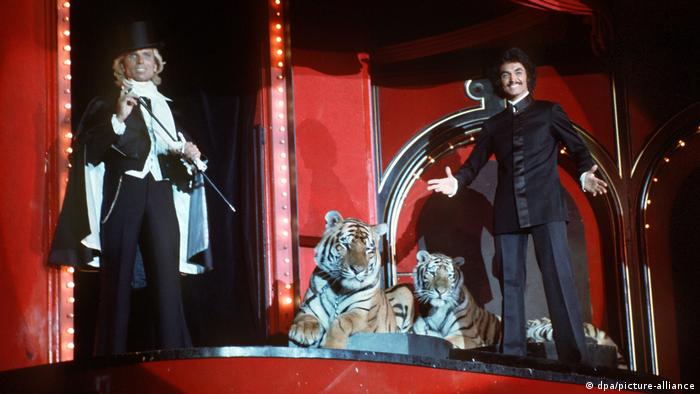 At the Stardust Casino in Las Vegas in 1978

What led the tiger to attack on Horn is still unclear. Siegfried Fischbacher initially held the side-effects of high blood pressure pills responsible for Horn's collapse in front of the tiger, and the animal was supposedly trying to bring him to safety. Others reported that Horn suffered a heart attack on the stage.

The US department of agriculture, which is also responsible for exotic animals, investigated the case, with no results.

Horn survived the tiger's attack, but remained paralyzed on one side. Roy Uwe Ludwig Horn died on May 8, 2020 after contracting COVID-19.

Marking the day of Horn's death, Fischbacher said, "When I met him the first time, I knew that Roy and I would change the world together. There would never have been a Siegfried without Roy and a Roy without Siegfried." They were a couple until 1998 and enjoyed a friendly relationship afterwards. 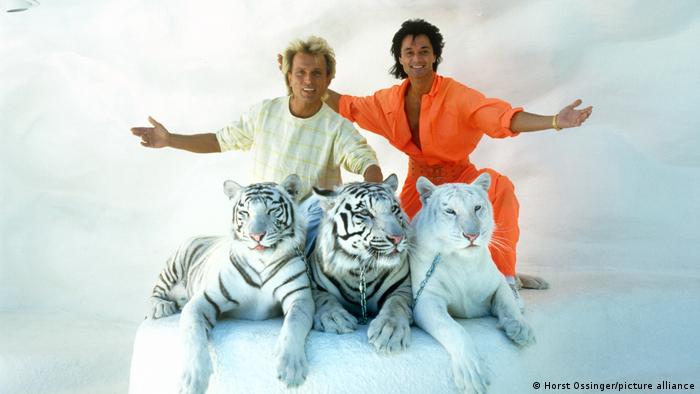 Spirit of the 1980s: Siegfried and Roy with their tigers

Meanwhile, Fischbacher was suffering from an incurable form of cancer. In July 2019, shortly before his 80th birthday, he had to undergo surgery after a suspected heart attack. "It was a narrow escape. My arteries were 95% blocked," he told Bild newspaper reported.  Siegfried Fischbacher died from cancer on January 14.

Adapted from German by Manasi Gopalakrishnan

Circus Roncalli's first show was held on May 18, 1976. For the 40th anniversary tour of the famous German circus, nostalgia meets modern performance, with high-paced acts and trendy music.

A dilapidated truck and trailer with two elephants and two horses on board has been stopped by police in Austria. The German driver was taking his cargo on a 1,000-kilometer trip to Budapest.

Robby the chimpanzee has spent more than 40 years with a German circus troupe. Despite calls for him to live out the rest of his days among fellow apes, a German court has decided he should stay where he is.

Bullfighting, dog racing and circuses - all entertainment for people, all harmful to animals. So why are we so reluctant to let go of these pastimes?

Circus director Bernhard Paul fulfilled his dream of starting a circus 40 years ago: the famous German Circus Roncalli. Now he is planning a circus museum.

Conformities in human and animal nature

Take the brown bear that has to ride a bicycle in the circus, or a lovebird that "speaks" — people like to say that these are human characteristics. But in fact there are species that share more of us than we think.