Should people get a third COVID jab?

Israel has started giving citizens a third COVID-19 jab and other countries are considering it. But millions are still waiting for their first. DW asked epidemiologist Madhukar Pai if this is the right way forward. 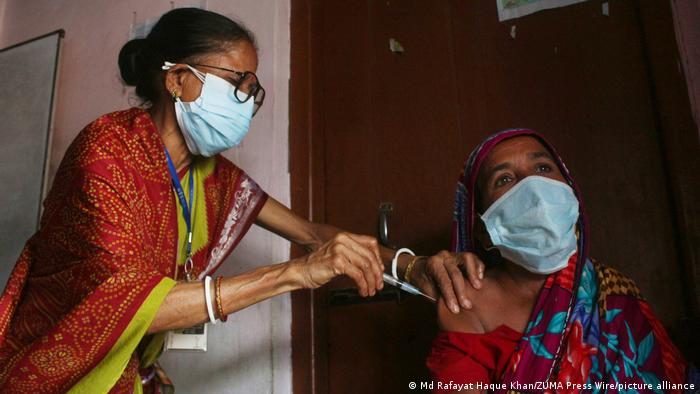 Deutsche Welle: Given that so many people are unvaccinated in less wealthy nations, is providing third jabs to people who are already protected to some extent the wrong thing to do?

Madhukar Pai: Absolutely, I believe that is the case. I think we have to understand that the vaccine supply is almost like a zero-sum game right now. If rich nations have already procured millions of doses and have pre-ordered booster doses, the amount of vaccines available for other countries is very, very limited. In that situation, it's literally like stealing [from] a baby. Poorer countries desperately need the vaccines and [we're] holding it to ourselves, which is exactly what's happening right now. And we end up with a situation of 3.5 billion people, half the world's population, with not even a single dose covered, while the G20 and the G7 have pretty much procured nearly 90% of the vaccine supplies.

The existing vaccines work quite well with the current dosing without boosters, except for in a small set of people, such as people on organ transplantation [who] are immunosuppressed. For them, a third booster makes sense, but not as a nationwide strategy.

We have seen the effect new variants can have, particularly delta, so are governments right, even in wealthy nations, to try to protect their citizens against newer versions of coronavirus?

So we know how devastating delta can be, and here we have a population in rich countries where 80% might be vaccinated, so getting an additional boost of protection, increasing the efficacy by a few percentage points in rich countries, versus taking those vaccines and vaccinating completely unvaccinated vulnerable people — is not even a question. The public health map clearly tells you vaccinating the unvaccinated is always more impactful than boosting somebody who's already pretty much protected.

So it's your view that as long as there are people in the world who want a vaccine and have not gotten one, we shouldn't be offering boosters to anyone?

Except the seriously immunocompromised people. That's the group for which the US Food and Drug Administration (USFDA) just announced last week, that it's okay to give the third boosters, but not on a population-wide basis. That's where my biggest concern is. If Canada, America, Germany, Israel, we all start vaccinating ourselves again and again and again, we will have taken a giant share of the vaccine supply away from the hands of low- and middle-income countries. That's the brutal reality.

Do you have any hope that surplus vaccines in some countries can be redistributed?

I'm quite despondent. I'm not seeing any enlightened leadership from the G7 or G20, or any rich nation for that matter. I think we've lost the plot on global solidarity. I think global solidarity is a lie. It's a kind of buzzword people throw around but we really don't mean it in our actions.