El Nino-related drought has led to food shortages in much of southern Africa. WFP Executive Director Ertharin Cousin told DW that more assistance is needed to feed those in need. 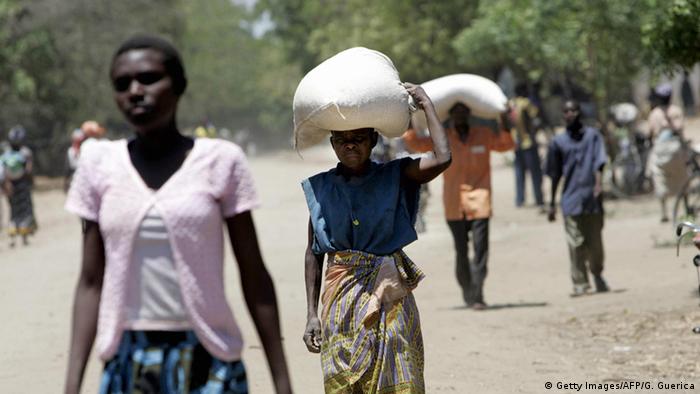 The United Nations World Food Programme (WFP) has launched a relief program to feed families affected by the severe drought in Malawi. Over 18 million people are said to be in need of food aid in Southern Africa.

DW spoke to the executive director of the World Food Programme, Ertharin Cousin while she was in Malawi. She said that the agency is appealing for $204 million (185 million euros) to immediately purchase food and distribute it to the people in the region.

DW: Malawi is one of the countries that has been affected by drought this year, can you briefly tell us about your visit to Malawi.

Ertharin Cousin: My visit started Tuesday (19.07.2016) morning in Zomba District in the south where I met with a number of small-scale farmers and WFP beneficiaries. I was joined on this visit by the US Second Lady Dr Jill Biden and together we visited a school in Zomba District which is receiving WFP school meals. During the drought season they are the only nutritious meals the children receive.

Today (Wednesday 20.07.2016) I will visit with farmers' organizations on the outskirts of Lilongwe trying to get the full understanding of the impact of this second year of drought.

Over six milion people are in need of food aid in Malawi, how are you working with government to assist the people?

WFP assessments have identified 6.5 million people in need and we will support approximately 4.5 million of them between now and March 2017.

How have you responded to the appeal of food aid by a number of countries affected by hunger so far now that the Southern African Development Community (SADC) will be declaring this region area a disaster.

Because this is primarily a food crisis , what we have done in WPF is that we have declared what we call a "level three," which is our highest level of emergency, requiring not just the countries in the regional offices to support the needs of the affected population but also bringing all of our cooperate tools to bare in assisting us. 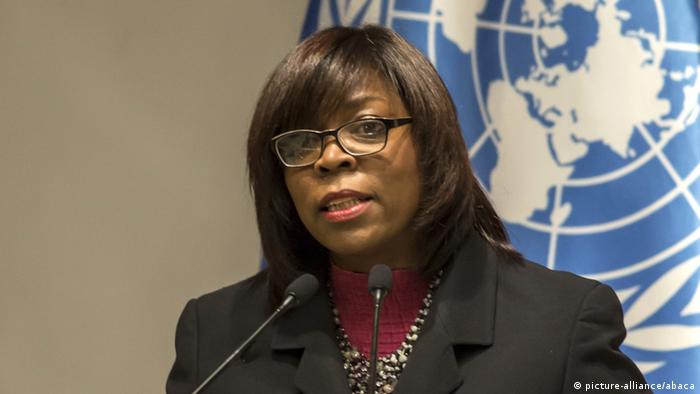 Ertharin Cousin has been the director of the WFP since 2012

We are working with the government, other UN partners, particularly with the Food and Agricultural Organization (FAO). The El Nino is now over and we are going to start and see the effects of La Nina and what we want to do is try to capture the opportunity for the next harvest while we meet the emergency needs of the affected population.

With over 40 million people affected in southern Africa, what has been your observation, are governments responding to the needs of people together with the donor community?

We have Malawi taking a loan from the IMF to work with WFP to support the purchase of stocks for their reserves. So the governments are beginning to do the things that are necessary to scale up, to meet what we identify as increasing food need. But what is necessary is international donor community support, because while these governments are committing their own resources in an unprecedented manner they also need financial assistance from the international community.

They just don't have the financial resources within their own coffers to support the scale of response that would be required to address the challenges of food insecurity that we are anticipating over the coming months.

Opinion: Our environment and the logic of the ghetto

At eco opinion, we invite environmental doers and thinkers to share their views on what needs to be done to preserve the natural wealth and beauty of the African continent. This week, we hear from Priscilla M Achakpa. (18.07.2016)