At least seven people have been killed in a helicopter crash in a remote part of eastern Slovakia. Authorities said the craft had taken off from Ukraine and was being used by people smugglers to illegally enter the EU. 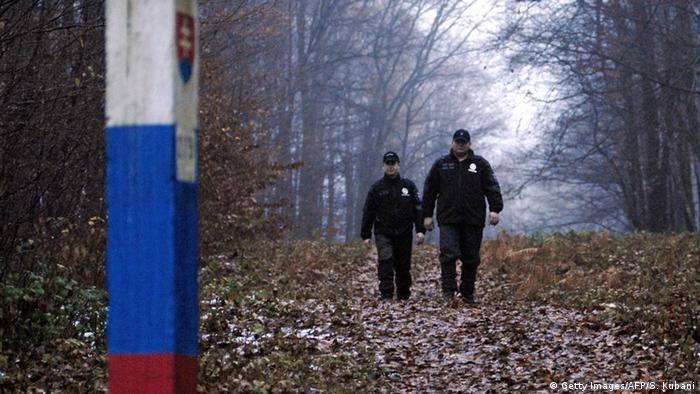 A statement from the Ukrainian border guard said the helicopter was "likely" carrying illegal migrants over the European Union's eastern border.

"Two Ukrainian citizens and four nationals from Southeast Asia, including two women, were on board," the statement said.

Slovak Interior Minister Robert Kalinak told reporters that the Mi-2 chopper had been seen making an illegal flight over the border on Wednesday. He said it had performed "dangerous maneuvers" - flying at night in foggy conditions - in an apparent attempt to evade Slovakia's air traffic control system.

Rescuers discovered the wreckage Friday near the eastern Slovakian city of Michalovce, about 35 kilometers (29 miles) from the Ukrainian border.

Slovak police suggested the helicopter also may have been used to smuggle cheaper Ukrainian cigarettes over the border. Officials have previously observed gangs using risky means, as well as underground tunnels, to get large quantities of cigarettes across the frontier. In September, a man died in the area while trying to land a small plane.

The Slovenian military has begun fencing its border with Croatia as it struggles to manage an influx of refugees. Slovenia became a transit country for migrants after Hungary sealed its southern frontier. (11.11.2015)

Another refugee boat sinks in Aegean

At least 14 people, including seven children, have drowned after a migrant boat sank off Turkey's Aegean coast while trying to reach Europe. The latest tragedy comes as another migration summit is convened in Malta. (11.11.2015)

As European countries seek solutions to stem the flow of refugees and Austria's Freedom Party goes on a lawsuit spree, migrant officials say many of the tools are already in place. Alison Langley reports from Vienna. (10.11.2015)