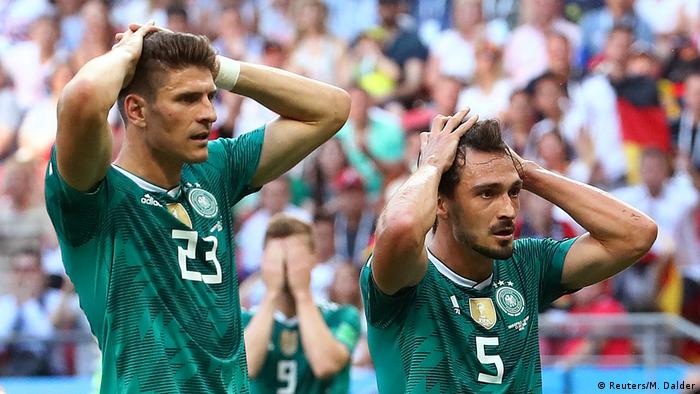 Russia vs. Saudi Arabia didn't look the most appetizing of World Cup starters. But the hosts, the lowest ranked side in the competition before it began, were brilliant. A sublime brace from substitute Denis Cheryshev and a stunning late free kick from Aleksandr Golovin threw down a challenge for the other 31 nations that was widely accepted. DW takes a look at the moments, trends and tribulations that made World Cup 2018 such an exceptional tournament.

Before Russia 2018 began, three of the past four world champions had been knocked out at the group stage when defending their crown. But Germany wouldn't be complacent enough to add to that statistic, would they? Yes, they very much would. Joachim Löw's side were made to look old by Mexico, squeezed past Sweden and were embarrassingly anaemic against South Korea.

While Joachim Löw's men were the only major casualties of the group stage, Argentina limped through after drawing with Iceland and getting hammered by Croatia while Spain and France also failed to convince. By July 2, Argentina and Spain were gone. France putting Messi and co. out of their misery wasn't much of a turn up but Russia matched heavily favored Spain for 120 minutes of the last 16 match before deservedly prevailing on penalties. Suddenly the draw was opening up.

All of which meant Sweden, Croatia, Russia and England went further than most expected. But perhaps the biggest shock of all was England finally winning their first World Cup penalty shootout, against Colombia in the last 16.

There was one in the first game, two in the final and 67 in between. Set piece goals came to define Russia 2018 and accounted for a 43 percent of all goals scored, the highest such figure since 1966. Headers from free kicks opened the scoring in the first semifinal and the final while a direct free kick gave England a lead they couldn't hold in the other last four clash. Antoine Griezmann's penalty in the final meant 22 spot kicks were converted (outside of shootouts), the most of any World Cup, with VAR seemingly critical to the increase in awards.

Since FIFA made the decision to use video assistant referees for the first time in Russia 2018, it's always felt inevitable that VAR would play a part in the World Cup final, and so it came to pass. Referee Nestor Pitana initially saw nothing wrong with Mario Mandzukic's front post clearance from a corner but, after reviewing replays pitch-side, decided it was a spot kick after all since the ball made contact with Ivan Perisic's hand, and Griezmann restored France's lead. This was far from an example of the clear cut errors the system is supposed to eliminate, although there were a few of those. The overwhelming feeling is that the system has a long way to go in a game where many decisions are subjective. 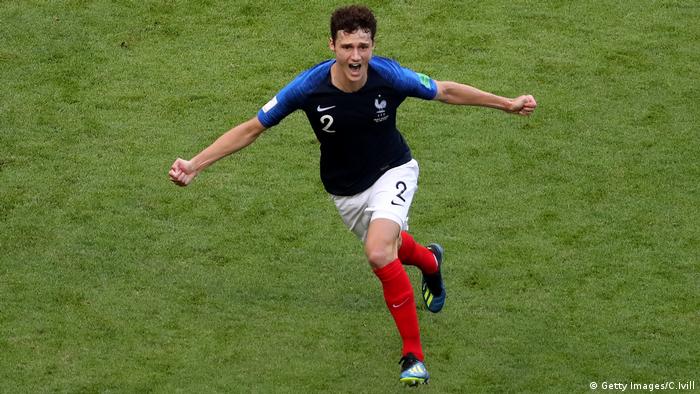 While a few free kicks, particularly from Cristiano Ronaldo and Toni Kroos, are unsurprisingly among the contenders, there are no shortage of open play efforts in contention for the goal of the tournament. Benjamin Pavard and Spanish defender Nacho both scored near-identical strikes, cutting across the ball with the outside of their boot. Coutinho produced a trademark sublime curler while Lionel Messi and Dries Mertens also took the breath away. And let's not forget Ricardo Quaresma curling a goal with the outside of his foot. FIFA run a people's vote for the winner of that one, it should be a close run thing.

As with seemingly every major sporting event, scare stories in the run up to Russia 2018 proved to be just that. The general consensus was of fans enjoying themselves, with visitors from South America particularly excelling. Atmospheres were good, there were few reports of violence and supporters of Senegal and Japan won global acclaim for clearing rubbish from the stands after their matches. The overall success of the tournament will undoubtedly be a feather in Vladimir Putin's cap. The Russia president said the World Cup had “helped break many stereotypes about Russia" and called his homeland "a friendly country.”

FIFA boss Gianni Infantino was even more unstinting in his praise: "It is an incredible, amazing World Cup. From the very beginning of the tournament, we have experienced incredible emotions from being here.”

Both men were present at the final, though only Putin had a man with an umbrella ready for when the heavens opened during the trophy ceremony. But it was French President Emmanuel Macron who stole the political show. His exuberant celebrations translated into that most vital political currency, positive social media coverage.

But as Macron, Putin and Croatian President Kolinda Grabar-Kitarovic lingered in their greetings to the more popular players, only too aware the eyes of the world were on them, it was not difficult to wish that, in that moment at least, sport could've just been sport, and not a political tool.

Police said they fired tear gas after clashes broke out between football fans, triggering a stampede and one of the worst stadium tragedies. Most died of suffocation or being trampled upon.