Separatist Passions Heating Up in Russia′s North Caucasus | Europe | News and current affairs from around the continent | DW | 14.09.2008

While Georgia's separatist enclaves Abkhazia and South Ossetia celebrate formal recognition of their independence by Russia, hardly a day goes by without bloodshed in North Caucasus regions Ingushetia and Dagestan. 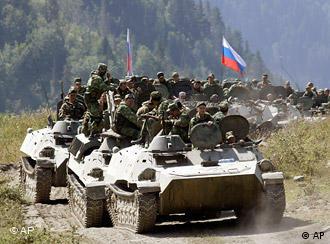 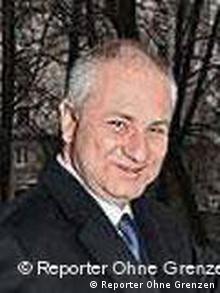 Since the murder of Ingush opposition journalist Magomed Yevloyev in August, calls to break away from Russia have grown louder in Ingushetia. Russian media report that even in hitherto tranquil Russian regions such as Tatarstan and Bashkiria, Muslim separatists have become more independence-minded of late.

For years, Russia's leaders have sought to quell separatist tendencies by what they describe as "isolated extremists." The lengths to which the Kremlin is prepared to go is best illustrated by restive Chechnya, battered into submission by two wars since 1994.

A declaration addressed to the Council of Europe by Russian human rights activists said that "the situation in the North Caucasus republics has became greatly more agitated since the war between Russia and Georgia in the South Caucasus."

Lyudmila Alekseyeva, head of the Moscow Helsinki Group, and the document's other signatories are warning of a further escalation.

Avenging the death of a journalist 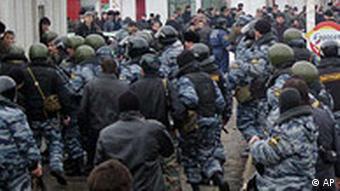 Islamist groups have vowed to avenge Yevloyev, who died of a gunshot wound to the head while in a police car. Opposition activists in Ingushetia accuse Ingush President Murat Zyazikov of "political murder" and demand that the ex-KGB general be removed from office. Zyazikov's cousin was shot and killed shortly after Yevloyev's death.

Alekseyeva said that North Caucasus leaders, hand-picked by the Kremlin, were using raw violence to suppress opposition in the region. Pointing to the numerous killings in recent years, Ingush opposition activist Magomet Khasbiyev has accused the authorities of "genocide" -- echoing the Kremlin, which said it had invaded Georgia to stop Georgians' "genocide" against South Ossetians.

People in North Caucasus regions other than Ingushetia also feel threatened by Moscow authorities, including in Kabardino-Balkaria, Karachai-Cherkessia, and North Ossetia. 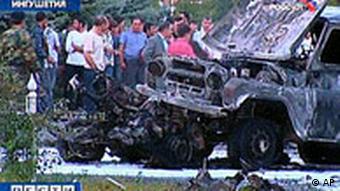 Conflicts in the Caucasus - the multiethnic region between the Black and Caspian seas -- have historically been fueled by territorial disputes, the Islamic faith, and deep-seated resistance to Russian domination.

"We must ask Europe or the US to separate us from Russia," Khasbiyev told the liberal Moscow radio station Ekho Moskvy. "If we aren't acceptable to this country, we don't know what else we should do."

Moscow reinforced its military presence in the North Caucasus last year to deal with the 500 to 700 rebels thought to operate there. Yevloyev had repeatedly decried the brutality of Russian police and soldiers, and accused authorities of turning a blind eye to the abduction, torture, and murder of innocent people.

Reports by the Russian human rights group Memorial have detailed the violence suffered by dozens of people in the region. 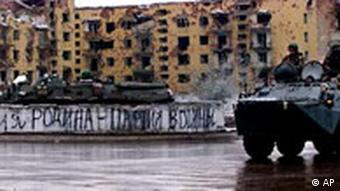 Moscow is keeping an ever warier eye on the volatile situation. The danger of terrorist attacks by Islamists anywhere in the country has not passed since the wars in Chechnya.

According to Alexander Bastrykin, chief investigator in Russia's prosecutor general's office, so far this year about 40 soldiers and police officers have been killed in Ingushetia alone, not to mention the dozens of rebels who are often "wiped out" -- to use the official jargon -- in large numbers in armed encounters.

Following Moscow's formal recognition of Abkhazia and South Ossetia's independence, Georgian Justice Minister Nika Gvaramia warned Russia that it could break up as a result.

"I'm certain that separatism will lead to Russia's complete collapse," he said.

The response by Russian President Dmitri Medvedev was pointedly unconcerned: "I do not see any such danger so long as people abroad do not meddle in these issues, thinking up various scenarios for dismembering Russia."

Russia to Push for Arms Embargo Against Georgia

An arms embargo against Georgia would top the Russian agenda at international peace talks in Geneva on Oct. 15, Foreign Minister Sergei Lavrov said. (13.09.2008)

Speaking in Moscow, Russian President Medvedev likened the Georgian military action to the terror attacks of Sept. 11, 2001. His words came as NATO diplomats discussed the recent events in the Caucasus. (12.09.2008)

In her first media interview, John McCain's running mate said she supports Georgia's NATO bid and emphasized the US government's responsibility to defend Georgia -- even if it means going to war with Russia. (12.09.2008)