One of the leading members of Germany’s SPD has denied allegations that he plagiarized part of his doctoral thesis. Frank-Walter Steinmeier is just the latest in a series of German politicians to face such accusations. 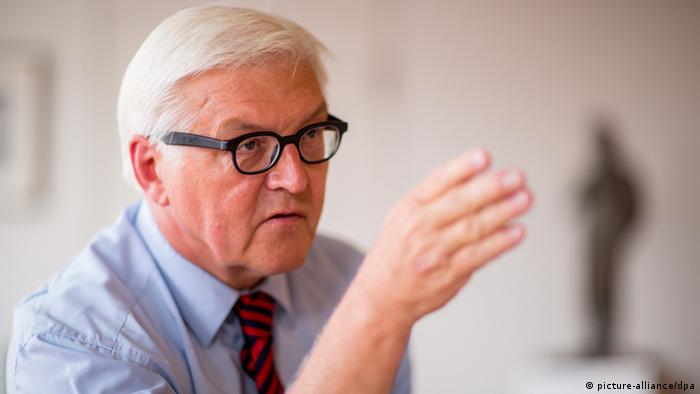 The Social Democrats' (SPD) parliamentary party leader told the weekly news magazine on Sunday that the accusation brought by a Münster-based economics professor was "absurd."

The comment was in response to Professor Uwe Kamnenz' assertion that he had found "extensive" evidence of plagiarism in Steinmeier's 1991 law thesis. Focus cited an email sent by the professor to the University of Giessen in which he spoke of 60 passages in Steinmeier's thesis that had not been properly sourced. Kamnenz said he had uncovered the alleged plagiarism using special computer software to scan the thesis for text passages lifted from other academic works.

"With this, the conditions exist for your faculty to launch an investigation and possibly a doctoral revocation procedure," the professor said in the email.

The 57-year-old Steinmeier, though, told the news magazine that he stood behind his thesis.

"Should the University of Giessen decide to launch a review, I would view this with great serenity," Steinmeier, said.

Steinmeier, who was Germany's foreign minister in the grand coalition government led by Chancellor Angela Merkel from 2005-2009, is just the latest in a string of German politicians to face allegations of plagiarism.

Education Minister Anette Schavan of Chancellor Merkel's Christian Democrats (CDU) stepped down back in February after the University of Düsseldorf stripped her of her PhD.

Former Defense Minister Karl-Theodor zu Guttenberg of the Bavaria-based Christian Social Union stepped down as a result of a similar scandal in 2011.

US House votes to decriminalize marijuana, little chance in current Senate 5h ago