The chief executive of the Democratic Party's administrative arm has left her position, along with two others. WikiLeaks released more than 19,000 leaked emails on the eve of the party's convention. 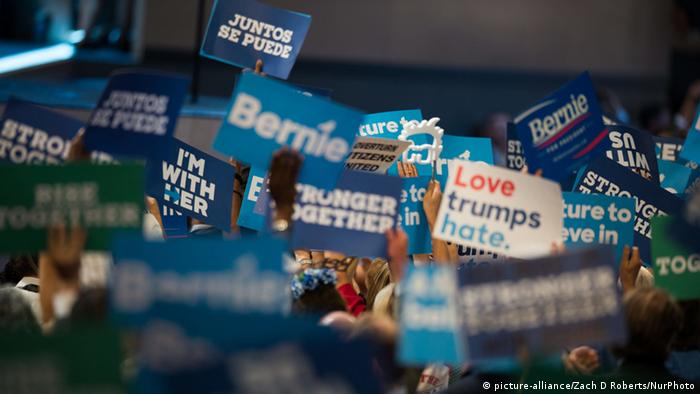 Several Democratic National Committee (DNC) officials resigned on Tuesday in the wake of an embarrassing email hack that revealed party efforts to undermine US Senator Bernie Sanders' campaign for the presidency.

US Democrats have confirmed a new cyberattack on their networks, with hackers targeting a data analytics service used by the Clinton team. The attack comes after two data breaches earlier in the week, which have been reportedly linked to Russia.

The emails were made available to the public by whistle-blowing organization WikiLeaks on the eve of the Democratic Party's convention, prompting DNC chairwoman Debbie Wasserman Schultz to resign.

"Thanks in part to the hard work of Amy, Luis and Brad, the Democratic Party has adopted the most progressive platform in history, has put itself in financial position to win in November and has begun the important work of investing in state party partnerships," Brazile said.

"I'm so grateful for their commitment to this cause, and I wish them continued success in the next chapter of their career," she added.

Marshall wrote one of the most explosive emails to be released, in which he called for party affiliates to question whether Sanders is an atheist, despite his Jewish background.

In the wake of the email scandal, Sanders said he was "disappointed" by efforts to undermine his bid for the White House.