The Central African Republic is still without a functioning government. Meanwhile, the Seleka rebels have proclaimed an independent state in a press release. 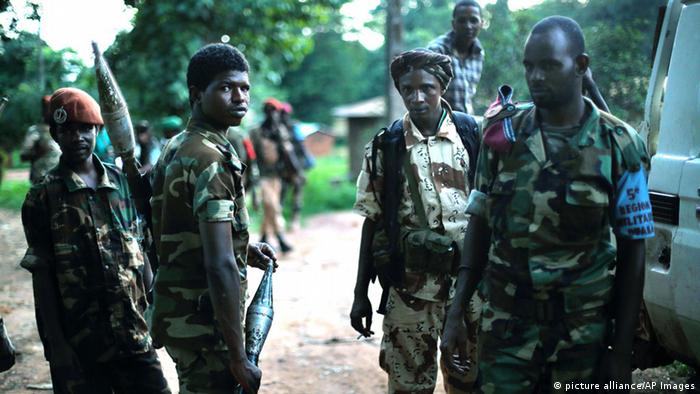 Dar El Kouti is the name of the new state according to a Seleka press release dated August 17, 2014. The document also lists the names of people who are supposed to lead this state.Top of the list is Michel Djotodia, Central African Republic's fugitive Seleka leader. In the new state of Dar El Kouti he would supposedly become the new head of state and government.

Djotodia was forced to exile in Benin in January 2014 after intense international pressure. He was the man behind the March 2013 coup which threw the Central African Republic into chaos.

Dar El Kouti is the name of a sultanate which existed in the early 19th century. It was located on the territory of present-day north-western Central African Republic. 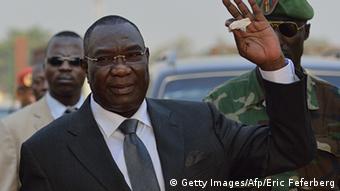 The Sultan, Muhammad al-Sanusi, fought against the French colonialists. Some people wish to see his legacy revived in the region around the city of Birao, some 800 km (497 miles) north of the capital Bangui. This lies outside the territory that once formed the Sultanate.

'The idea is there'

Another name on the list is that of Abakar Sabone. He is supposed to become the state secretary in charge of education in Dar El Kouti. Sabone told DW in an interview that he knew nothing about this future post. "Djotodia has not yet decided to disclose anything. The idea was there, but this document does not come from him," Sabone said.

Sabone said he had seen Djotodia the same day the press statement was released, and the Seleka rebel leader "was very angry." He immediately suspended the person who had sent the statement. That person was Hamat Mal-Mal Essene. He was supposed to become the state secretary for rural development in Dar El Kouti. However, shortly afterwards, Mal-Mal Essene sent a disclaimer saying he was the victim of a hacker attack, he had not even sent the message.

These disclosures are not entirely surprising, because during the peace negotiations which took place at the end of July in Brazzaville, the capital of the Republic of Congo, representatives of the Seleka rebel movement had announced that they want their own state.

In Brazzaville, the conflict parties agreed to a ceasefire, a bare minimun of consensus. But such agreements have already been broken several times.

A fierce civil war broke out in the Central African Republic after the seizure of power by the Muslim Seleka fighters. 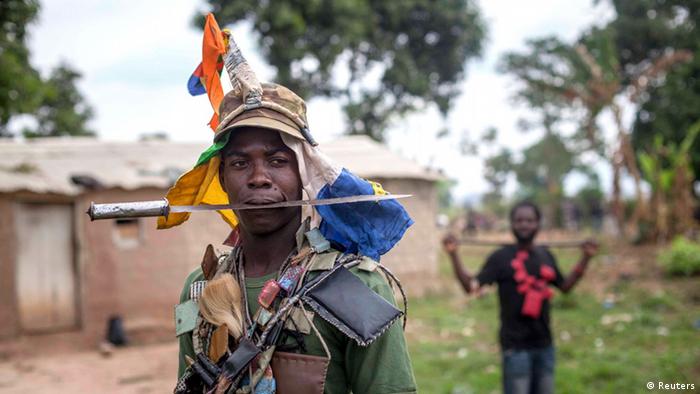 Anti-balaka fighters have been accused of commiting atrocities

Recently Christian militia groups known as the anti-balaka or anti-machete have been taking vengeance on Seleka rebels and Muslims. They claim Seleka who are mainly muslim had targeted the Christians while they were in power. Thousands of people have been killed in the fighting and almost one million have fled the violence.

The government of interim President Catherine Samba-Panza and newly appointed Prime Minister Mahat Kamoun is weak. The northern part of the country is firmly under the control of Seleka. The government as well as the international peacekeepers have little influence there.

The Seleka rebel movement said they would not recognize the new premier who even though is a Muslim, was never a member of Seleka. "The Seleka is a secular political and military coalition. It is not an Islamist or Muslim coalition," Djotodia's spokesman Habylah Awal said. Referring to the new national unity government, Awal insisted, "We will not let Catherine Samba-Panza impose her will on us." 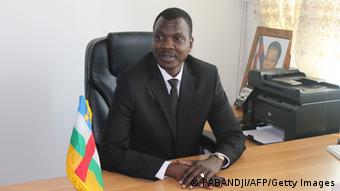 New CAR premier Kamoun has yet to form a new government

Prime Minister Kamoun has still not been able to form a government. Nevertheless, "the partitioning of the Central African Republic is out of the question," CAR government spokesman Gaston Mackouzangba told DW in an interview. He said the state of Dar El Kouti will remain a pipe dream.

Despite its strength, Seleka is not a cohesive organization. It has countless splinter groups and ethnic movements. "Seleka acts in unison only when it is under pressure," says Thierry Vircoulon, an analyst on the Central African Republic, with the International Crisis Group think tank.

According to Vircoulon, Seleka has been scaling up its demands in recent months, calling for the development of the neglected north by the central government, as well as the creation of a separate state in the diamond-rich northern territory. "As long as the Seleka do not want to negotiate, the problem will persist," Vircoulon said. "Pressure on them could only be applied militarily," he stressed.

In September, about 12,000 UN troops are expected to be deployed in the Central African Republic. "They must also be deployed in Seleka territory," Vircoulon added, "regardless of whether it is called Dar El Kouti or not."