In her book "Pioneering the Possible," Scilla Elworthy seeks to empower readers to be agents of change. Elworthy, a keynote speaker at the Global Media Forum, talks to DW about consciousness, inner power and values. 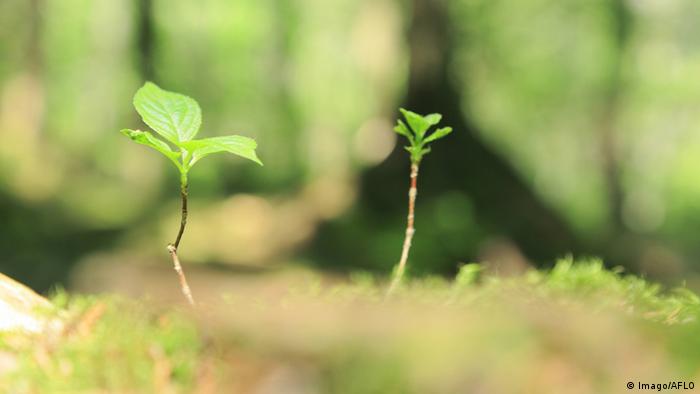 DW: The world is in multiple crises - climate change, dwindling resources in the face of growing demand, mass migration, wars, conflicts and an ever increasing gap between rich and poor. There seems to be such a disconnect between the realization of the problems and the apparent unwillingness to solve them, that one could easily descend into resignation and despair. Not you though - where do you find reason for optimism?

Scilla Elworthy: I find it in two places. One is the young social entrepeneurs that I meet frequently and train. I would combine them in their attitude with a large proportion of the Millennials generation. Research shows that people born between 1980 and 2000 have a different set of values than previous generations. Many of the brightest are not willing to join corporations that do not have very contemporary, very forward-looking policies that go way beyond Corporate Social Responsibility. About 45 percent of Millennials are looking for a future for themselves that will prioritize attention to global crises, such as climate change, the re-orienting of the huge income gap between the richest and the poorest and all the other issues that you mentioned.

It is important to note the Millennials, because by 2020 they are going to be 50 percent of the global workforce and will also be the largest consumer class. Currently they are not represented in either the corporate level decision making or the decision-making bodies of inter-governmental organizations. But there is a big move ahead, coming from below for them to be included in decision making. This gives me hope. This incorporation of individuals who can act as what the World Future Council is calling them: "Guardians of Future Generations." 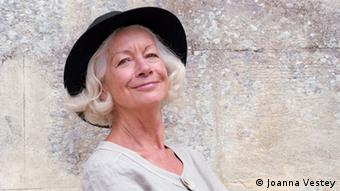 That is one part, that makes me look to the future with a more positive attitude than many people. Many people, when you ask them, "What do you think the future will be like?" they kind of shrug and say, "I suppose more of the same." But there is a very hungry contingent - very largely female, but not exclusively - who are avid to act. Many of them do not know what they can contribute, but the organization that we set up just over a year ago - "Rising Women, Rising World" - is just overwhelmed by the avalanche of applications to take our courses and to learn just what they can contribute.

These are accomplished people, who have quite a lot of experience, maybe women who had a good career or reared children and are now in their 50s are very highly aware of what is happening in the world and are also able to make a contribution. It is very difficult to measure how large it is, but by the response we have had, this contingent of people is potentially vast - and "Rising Women" is gearing itself to enable them through training courses to refine what it is they want to do and share with them the skills that will enable them to do it effectively.

Your work seems to be very much about the empowerment of individuals who are no longer willing to delegate the problem solving to politicians, bureaucrats and corporations. What is your main message for those people?

Develop the inner power! That is the skill of communication, self-awareness and transformation of conflict. This power will enable you to be a change maker in the world, what we call a "change agent," in an effective way. We regard the development of the inner skills as vital to effective work in the world.

You like to quote Albert Einstein's line: No problem can be solved from the consciousness that created it. Is a shift in consciousness what is needed to save the planet - and if so: how can it be brought about on a level large enough to really make a difference?

I don't think it is something that can be brought about. It is something that is already happening. Although so far nobody has developed a method of measuring it. But recently when I researched the organizations who are prioritising awareness, self-knowledge and action, I was astonished by the numbers of members that these organizations have collectively. So I believe this is a phenomenon that is unrecognized, unmeasured, but from my experience extremely tangible.

It's replacement of the stale values that have really dominated our thinking and our decision making nationally and globally for the last two or three hundred years, replacing those with the values that for example the Millennials are insisting on. I could give you an example: One of the typical values that we have used for many years is survival of the fittest, which implies, that competition is what will win out. But what now is being discovered is, that cooperation works better, works faster and is cheaper.

We have talked about a shift in consciousness, about a new value system. Doesn't the world on top of that need a new economic system? One that is not based on growth? And if so, how could we possibly create such a new kind of economic system with so many powerful stakeholders clinging to the old system?

What you are implying is, that there is a new global economic system that could be installed. I don't believe that is the way it is happening. What I detect is that there is a multitude of initiatives coming up from below - almost like green shoots through concrete. And what is happening in terms of economic systems is, that for example local currencies are being developed - particularly in Germany there are many. Where people are devising their own currencies to encourage people to shop for local products, to produce and sell local. There are initiatives, where people are developing new savings systems for people who do not want to put their money into the big banks. There are all sorts of schemes that are developing. But you can't really see it yet, unless you are in touch with all these activities that are happening from the grassroots up.

Scilla Elworthy is a Councillor of the World Future Council and founder of the Oxford Research Group and Peace Direct. She is a three-time nominee for the Nobel Peace Prize. Her latest book "Pioneering the Possible - Awakened Leadership for a World that Works" was published in October 2014. She will give the closing speech at Deutsche Welle's #link:http://www.dw.de/global-media-forum/gmf15/s-30937:Global Media Forum#.