Reacting to a DW-WORLD.DE report on German film projects about Scientology, the organization's press spokesperson in Berlin said she doesn't like the way Scientology is portrayed. 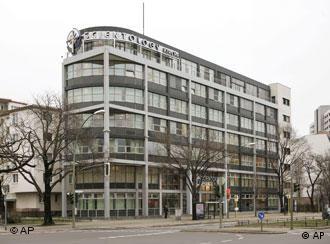 A DVD film for schools showing statements by Scientology leaders in the United States and drop-outs in Europe is anything but objective, said Sabine Weber, the spokeswoman of Scientology in Berlin.

She added she feels that young people get indoctrinated by the Lutheran church in Germany which had no small share in the film coming about.

"What are viewers supposed to think if, say, a young German dropout compares Scientology’s treatment to the practices in the Third Reich," she said. "I don't think that young people are really being brought up in a spirit of tolerance, if they get to see such scenes without Scientology having the chance to put things straight."

Lutheran Bishop Johannes Friedrich had told DW-WORLD.DE on Wednesday that the film was meant to give young people a chance to make up their own minds.

"I hope that the film can go a long way towards enlightenment by showing honest portraits of protagonists from both sides of the fence," he said.

Weber also said that she is upset about a film project by Germany's regional public television network SWR, which announced plans earlier this year to shoot a movie about a young person who is desperately trying to leave Scientology.

"It surely won't be a documentary," Weber said. "Nobody has ever contacted us for assistance or at least information. But since it's fiction, almost every bad thing can be said in the film about Scientology. We will be left to deal with the consequences, though, and that's unfair."

Film companies in Germany are now making attempts to look behind what they believe is the true nature of Scientology. The movies are primarily aimed at young people, who are most likely to fall for the organization. (30.07.2008)

A German court has deemed that the country's government is within its rights to watch over the Church of Scientology. But the debate over whether Scientology is a sect or a genuine religion is sure to continue. (12.02.2008)