Scientists want to learn more about human lungs by mimicking them in the lab | Science| In-depth reporting on science and technology | DW | 26.02.2016

Israeli and German researchers hope designing artificial lungs in the lab will lead to better drugs for people with asthma. But mimicking lungs is tough - they are one of our most complex organs. 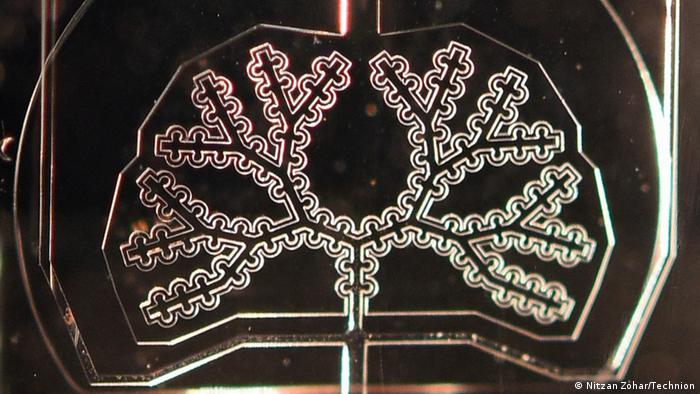 Josué Sznitman holds a transparent plastic disc in one hand. The disc is just a few centimeters wide and millimeters thick.

It is embedded tiny tubes. They look like a tree, branching into several, even smaller channels.

"You can barely see them, but that's not surprising," says Sznitman, assistant professor in the biomedical engineering department at Technion, the Israel Institute of Technology in Haifa. "The airways in our lungs are smaller than a millimeter."

The disc Sznitman holds is his version of an artificial lung. 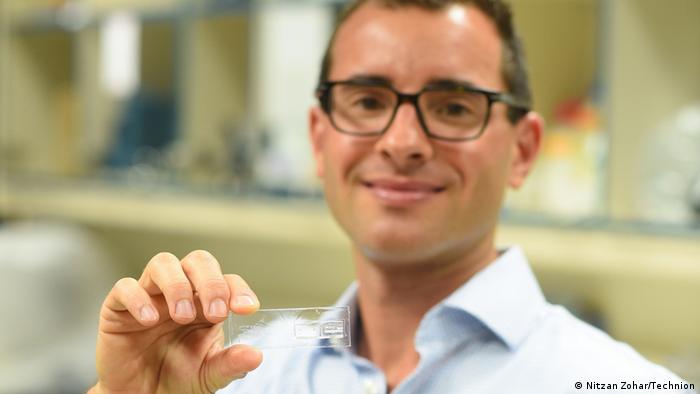 Josué Sznitman of Technion in Israel

At first, it looks a bit disappointing. But the closer you look, the more fascinating it becomes.

Creating lungs in the lab does not entail shuffling around big masses of tissue as you might see in a sci-fi movie.

Instead, everything is small. Very small.

The lung's tissue is wafer-thin. Its inner surface adds up to about 100 square meters. 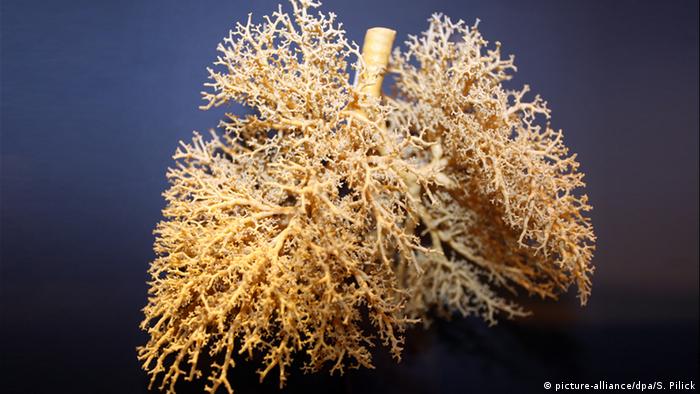 The lung is a network of tiny airways

The tubes inside Sznitman's plastic disc are only 100 micrometer in diameter, one tenth of a millimeter.

In these tiny tubes, Sznitman grows human cells. It's a tough job, he says.

"We struggle," says Sznitman. "It works, but it is like a cooking recipe that needs maturation and luck and the alignment of the stars in the sky to work on that day. Most of the time, it fails. Every now and then, it works."

But the young scientist is ambitious. He wants to create an artificial lung that mimics the real thing as accurately as possible. 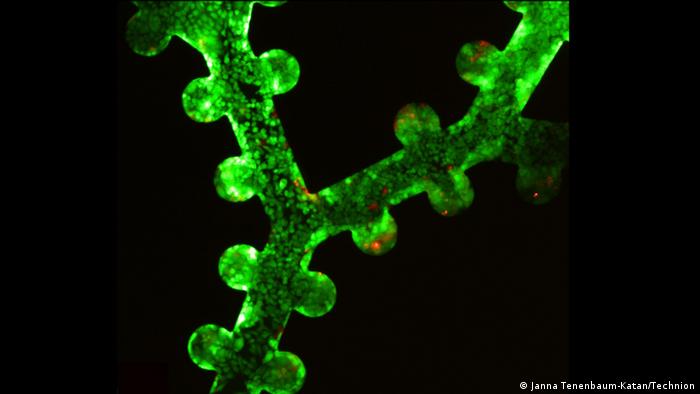 Sznitman says there's a lot we don't know about our lungs - we know what goes in them and what comes out of them, but we're not so sure about what actually happens inside.

"You can't just go to your doctor and say: I am not breathing well, can you tell me which part of my lung is not [working]?"

Despite X-rays and spirometry - a common technique to test how well your lungs work - the lungs are still poorly-understood.

That's one reason why scientists find it so hard to develop effective, inhaled medicines.

The lung is designed to quickly get rid of any foreign substance when we exhale or cough.

Take asthma patients, for instance: their airways can become chronically inflamed, and the airways' muscles contract frequently, making breathing hard or even impossible. 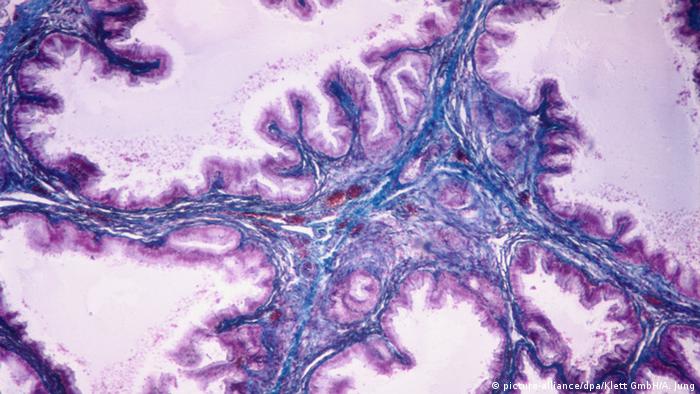 A mammal's lung tissue under the microscope

Asthma patients inhale medicines to release these spasms, or reduce the inflammation in the long term.

But Sznitman says current technology "does a terrible job" at delivering these medicines.

"If you give inhaled medicine to a three-year-old child - even with a mask - only five or ten percent of the dose actually gets into his or her lungs. For adults, it is 50 percent. So a lot of the drugs we use don't go where they need to be."

The same is true for cystic fibrosis, a genetic disorder that affects the lungs.

Patients have difficulties breathing and suffer from frequent lung infections. They need to inhale antibiotics.

Sznitman hopes his research will help make treating these patients easier and more efficient. And his hopes are shared by researchers in Europe.

At his lab at Saarland University in Saarbrücken, Germany, Claus-Michael Lehr grows carpets of human lung cells on membranes.

"Our lungs are more or less lung alveoli that have been opened up and fixed on an area the size of a postcard," says Lehr.

They look different to Sznitman's artificial lungs. But the two researchers have a similar goal. 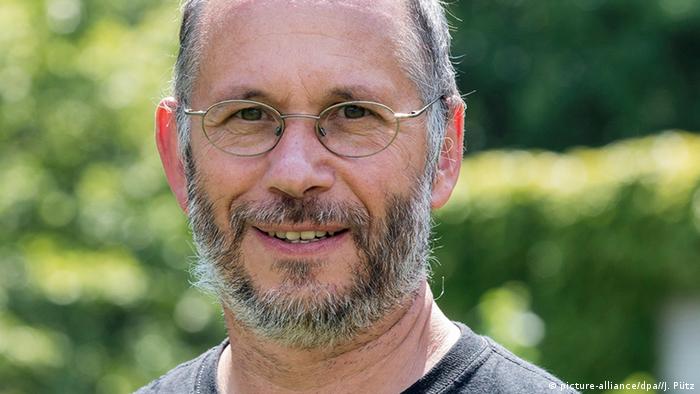 "Just like a blood-brain-barrier, there is a barrier between the air in the lungs and the blood system," Lehr explains.

With his lung-on-a-membrane, Lehr mimics this barrier and is trying to find out how to overcome it.

He hopes it will make medicines possible that can be inhaled instead of injected.

"Take insulin, for example," he says. "Diabetics cannot swallow insulin because it is not able to pass the gut wall."

But it may be possible to develop a nano particle based insulin that passes the lung-blood-barrier. There would be no need for injections any more.

Sznitman and Lehr have decided to collaborate in the future.

Together, they hope to understand the spongy complex organ a little bit better. And develop new, better and safer medicines.

But Josué Sznitman knows that artificial lungs are still far from resembling the real thing.

"We are probably capturing a proportion of the reality but obviously nothing close to the full complexity. That is the hard part to accept."

A team of medical scientists has been presented with a prestigious German award for technology and innovation. The medication they conceived has been hailed a game changer in pulmonary hypertension. (02.12.2015)

Pulmonary specialist Dr. Thomas Hering talks about treatments to relieve COPD and triggers to be avoided. Avoiding smoking, smog and open fires in the home do a lot to keep your lungs healthy. (01.10.2015)

We talk to Dr. Ulrich Wahn about the causes of and therapies for chronic inflammatory disease of the airways, and how lifestyle changes can help sufferers prevent asthma attacks. (07.01.2016)