Europe's Center for Nuclear Research made scientific history when it successfully tested the world's largest particle collider on Wednesday. Some, however, are worried the machine may mean the end of the world. 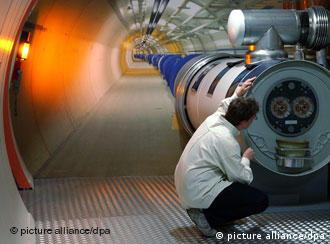 The Large Hadron Collider (LHC), which was switched on at 09:30 CET on Wednesday, Sept. 10 after nearly two decades of construction to the tune of 6 billion Swiss francs (3.76 billion euros, $5.46 billion), will help scientists understand the material that makes up the universe, according to CERN (Center for Nuclear Research) spokesman and physicist James Gillies.

On Wednesday, a beam of protons was successfully fired all the way around a 17-mile tunnel beneath the Swiss-French border, traveling the full length of the LHC.

"We take a couple of particles, we throw them at each other, we see them smash into each other, we observe what happens and that allows us to test the way they interact with each and understand their behavior," he said.

The work being done 100 meters beneath the ground in the LHC at CERN is unique, Gillies added, meaning that world's particle physics community is looking to see what happens at the center.

Hubert Reeves, a French astro-physician, told the Swiss daily Le Matin that the invention could bring "unexpected results" that would change the world of particle physics forever.

"This machine will probably bring unexpected results that could turn particle physics on its head," Reeves said.

Doubts on the surface 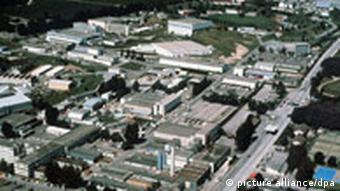 Will the rest of the CERN labs be intact in the coming weeks?

Some scientists, like German chemistry professor Otto Roessler have expressed their doubts about the safety of the LHC. He said it's plausible that the black holes, small though they may be, could potentially "survive and grow exponentially and eat the planet from the inside."

He is so convinced that he has filed suit at an EU court in which he says CERN violates the right to life guaranteed by the European Convention on Human Rights. 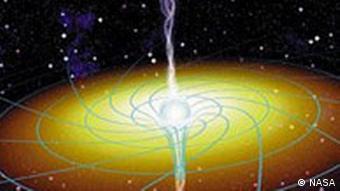 But back at CERN, there are reassurances -- of a kind. While switching on the Large Hadron Collider may create black holes, they're sure to be harmless and are probably nothing new, said Gillies.

"There are theories out there that say perhaps the LHC can produce microscopic black holes, if the LHC can do it, then cosmic rays hitting the atmosphere can do it, and cosmic rays have been hitting the atmosphere since the earth existed," he said. "All you can say is maybe those theories are correct, but if they are, then microscopic black holes are quite harmless."

Beyond the possible Armageddon scenarios some fear will be produced at the center, more down-to-earth concerns about energy use at CERN also exist.

CERN has cost at least $10 billion (7.1 billion euros), and the electricity needed to power the LHG would be enough for the entire city of Geneva. Yves Preville, a local town councilor, said he's not sure money at CERN is being well spent. 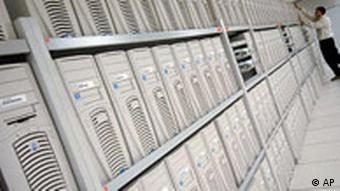 "The physics being done here is very futuristic physics, it won’t have any direct application to human well being," he said. "The beauty is we have been able to train a great number of physicists and mathematicians, for me this is a great value."

"It's certainly an enormous waste of money if you think you don’t need this kind of information, if you can't build anything from it," he said. "But I think it’s a very integral part of human nature, to look for things, to search for the origins of how things work."

Gillies said the part of human nature that works at discovering the unknown has led to inventions that are now essential parts of our everyday life.

The history of science is littered with scientists who say, you'll never find any use for this, and then, 100 years after they're dead we're using them," he said.

Envoys from Italy, India and 13 other nations signed a communique this week confirming the go-ahead for a giant particle accelerator that will yield scientists new data about the Big Bang. (11.11.2007)

It's hard work to become a scientist, said Manfred Lindinger from the German daily FAZ. It didn't surprise him a bit that two Germans won the Nobel Prize this year. (11.10.2007)

Spectrum: The Fascinating World Of Science and Technology

Spectrum is Deutsche Welle's half-hour weekly program looking at developments in the fields of science and technology.

Researchers say they have detected three never-before-seen particles for the first time. Their new discovery is a "tremendous step forward" in our understanding of the universe, says CERN.

The Large Hadron Collider will launch its third run on July 5. What can we expect to learn this time around?