Scientists at the German Sports University have conducted a study of eSports athletes and they were surprised by their results. They found that they are exposed to physical strains similar to those of "normal" athletes. 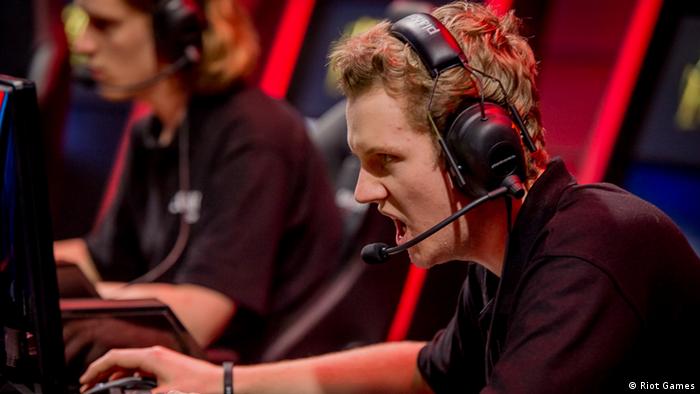 Professor Ingo Froböse began studying eSports athletes five years ago. This made Froböse something of a pioneer, as the expert in prevention and rehabilitation at the German Sports University in Cologne became the very first scientist to conduct a study of athletes who compete in eSports. Nobody had previously looked into the demands placed on an eSports professional, the kind of training he needs to go through to compete, or what kind of strains he is exposed to during a tournament. Froböse was quite surprised by the results. 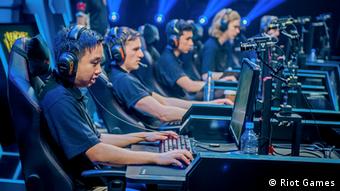 Esports are a major test of an athlete's motor skills

"We were particularly impressed by both the demands placed on the motor skills and their capabilities," Froböse said. "The eSports athletes achieve up to 400 movements on the keyboard and the mouse per minute, four times as much as the average person. The whole thing is asymmetrical, because both hands are being moved at the same time and various parts of the brain are also being used at the same time," he added.

This is a level of strain that the scientist had never observed in any other sport, not even in table-tennis players, who require a high level of hand-eye coordination.

The pulse of a marathon runner

When eSports athletes take part in a competition, it must look to the layman as if the players are just randomly hammering at their keyboards and moving their mice, but Froböse rejects this notion. He notes that strategy games such as Counter Strike or League of Legends are extremely complex, because in addition to the motor skills required, the games require a high degree of tactical understanding for an athlete to defeat his opponent.

To find out more, the scientists at the German Sports University conducted tests aimed at determining the demands placed on the athletes' minds, testing for the stress hormone cortisol.

"The amount of cortisol produced is about the same level as that of a race-car driver," Froböse said. "This is combined with a high pulse, sometimes as high as 160 to 180 beats per minute, which is equivalent to what happend during a very fast run, almost a marathon. That's not to mention the motor skills involved. So in my opinion, eSports are just as demanding as most other types of sports, if not more demanding," he said.

Better training and nutrition a must

However, many of the athletes don't appear to understand the demands that are being placed on them, because they have failed to adjust their nutrition intake and training methods accordingly. Years of study have shown that most of the athletes do not prepare themselves for competition in a professional manner.

"In terms of their fitness, many of our test subjects are simply average citizens, and average citizens worry me. They simply aren't fit," Froböse said. "For example, they fail to do exercises that would strengthen the whole support system in the shoulder and neck areas. Were they to do this, this would improve their fine-motor skills in the arm area, something that is extremely important in competition."

Rene Pinkera is among the athletes who fail to do this. With his team, SK Gaming, the 22-year-old Pinkera won the world championship in World of Warcraft at the BlizzCon 2015 tournament in Anaheim. His training methods, as well as those of his three teammates, consist entirely of playing on the computer.

"We do a short warmup, we do a couple of stretches with our arms and our hands. After that, we play, because that is what it is all about," Pinkera said. "We do that for at least six hours a day, sometimes as many at 12".

This sort of thing concerns Ingo Froböse, because Pintera is no exception. As far as he can tell, the training regimes of the majority of eSports professionals consist of spending hours in front of the computer every day. He believes that they should also be doing regular physical training as well as exercises to relax the body.

Mid-20s is the end of the road

"What isn't happening is cycling the stress, in other words, building in breaks after periods of strain so that the athlete can recover and overcome fatigue during competition," Froböse said. "Another factor is getting the right nutrition." An eSports athlete's diet should be similar to that of other competitive athletes, including added nutrients such as ginseng, which increases circulation in the brain. 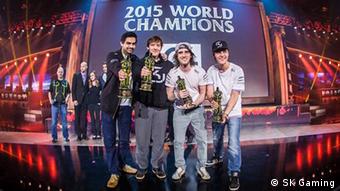 During the many tournaments that Rene Pinkera has competed in, he too has noticed that many eSports athletes don't pay enough attention to what they are eating.

"You always see opponents with energy drinks and other beverages that are loaded with sugar, people who don't watch what they eat," Pinkera said. "We try to avoid sugar, we eat a banana beforehand, or maybe a muesli bar. And you can't go wrong by drinking water."

Froböse is convinced that a professional training regime and better nutrition could solve one problem that many eSports professionals are confronted with. On average, an eSports athlete's career is very short, usually ending in his or her mid-20s, when reflexes start to go and younger competitors are at an advantage. The German Sports University professor believes that through training and better nutrition, though, athletes like Rene Pinkera could extend their careers by four to five years. However, Pinkera is already preparing for life after gaming - by studying computer sciences at university.