Satellite Sentinel project to monitor Southern Sudan from the sky

A project founded by George Clooney will acquire, analyze and distribute satellite images of Sudan. It aims to act as a watchdog against outbreaks of violence, terrorism and genocide after Sunday's independence poll. 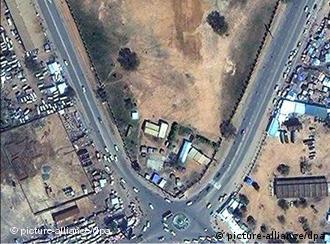 Experts haven't seen anything worrying in the images so far

Citizens in Southern Sudan will vote in a referendum on Sunday to decide if the region splits from Sudan. The vote is part of a peace deal struck in 2005 to end the country's decades-long civil war.

Just before the start of 2011, a project spurred by the American actor George Clooney and other Hollywood celebrities began as a way to monitor events in Sudan using satellite imagery.

Known as the Satellite Sentinel Project, it will use commercially available satellite imagery of the North-South Sudan border region and allow UN and other officials to monitor what's going on from a public website. 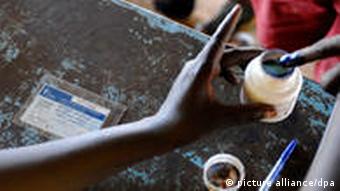 The separation referendum is slated for Sunday

"We're not focused primarily on the election, per say," said Jonathan Hutson, a spokesperson for the Enough Project, a Washington, DC-based anti-genocide group that is one of the several organizations comprising the Satellite Sentinel project.

There are six private, commercial imaging satellites orbiting the Earth every 90 minutes that pass over Sudan. Clooney and his organization are donating hundreds of thousands of dollars to purchase the images, which become available one to two days after the photographs are taken.

"The commercial satellite imagery that we're obtaining would be looking for potential threats to civilians - such as troop buildups, troop movements," Hutson added. "But also evidence of acts of war: bombings of villages, razed villages."

The satellite images have a resolution of up to 50-square centimeters (20-square inches) of ground per pixel on a computer screen, according to Einar Bjorgo, a Norwegian satellite imaging expert at UNOSAT - the UN entity tasked with acquiring and analyzing satellite images for various relief and development agencies both inside and outside of the United Nations. 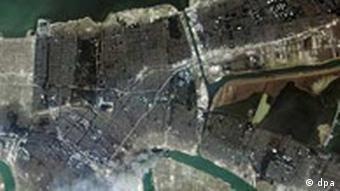 The satellite images used will have a resolution of 50 centimeters

Historically, these types of images have been used to monitor wars or disaster situations after the fact, such as after the earthquake in Haiti in 2010, or the tsunami in Indonesia in 2004.

Bjorgo's team members are among the experts who will analyze the satellite photos as they are distributed by the satellite imaging companies. However, he pointed out that these images don't come cheap.

That price can rise quickly depending how recent the image is, and if the satellite needs to be reprogrammed to focus in on a specific area. Two of the major American satellite imaging companies, GeoEye and DigitalGlobe, have been providing images for this project for free, he added. 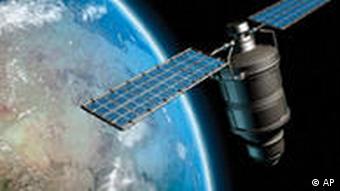 Bjorgo said he hasn't seen any evidence of violence or displacement in the first set of images taken prior to the election and added that he hopes it continues that way as the next set of images comes in over the weekend.

There are other humanitarian experts from Harvard University who will also be pouring over the imagery along with reports from people on the ground in Southern Sudan to post information on the Satellite Sentinel website.

"This is the first time that satellite imagery has been combined with Google Map Maker's open source platform, plus field reports, and crowd-sourced information, to stop a war before it starts," Hutson said.

Up to now, when you get tooth decay, a dentist has to drill and fill the cavities. Now there are new ways to treat cavities when they're still minor. We talk to experts about treating and preventing dental caries. (17.09.2010)

Dental care in Germany costs an arm and a leg but the new McTooth chain promises it won't cost patients their teeth. Costs are kept low by outsourcing the lab work to China and Germans are cautiously taking the bait. (02.10.2006)