French President Nicolas Sarkozy announced a wide-scale reform of the French military in June. His extensive plans could drastically reduce the number of troops in Germany. 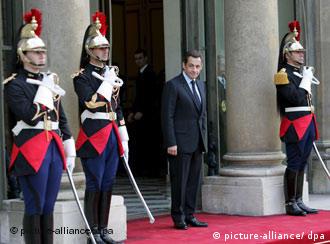 Sarkozy wants to redeploy his forces -- not necessarily in front of his office, though

Sarkozy said that the reforms would include the reduction of the 320,000-strong armed forces by around 54,000 mostly non-combat personnel, the redeployment of remaining troops and the construction of new military bases.

The president also laid out plans to invest more of the defense budget in satellites, airborne drones and other high-tech surveillance equipment. Sarkozy added that the new investment will come from cuts to the armed forces and closures of dozens of garrisons, army bases and military facilities across France and beyond.

This is expected to mean a reduction or complete withdrawal of French troops from Germany. France has between 2,800 and 4,000 soldiers stationed in the country. 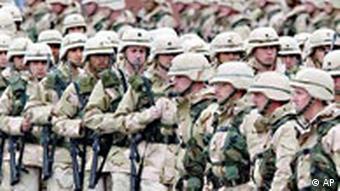 Sarkozy's plans would also endanger the future of the joint Franco-German brigade formed in 1987. There are some 5,400 French and German soldiers serving in the brigade, based in several southwest German towns. The brigade is also part of the Strasbourg-based Euro Corps which includes also soldiers from other European Union countries.

The reduction or removal of the French troops -- in charge of the armored regiment and the mechanized infantry within the Franco-German brigade -- would mean only the German light infantry, engineering and artillery units would remain under the Euro Corps command in Germany.

It would also mean the end of an era which started with the occupation of Germany after World War II. France was among the three Western powers which were given zones to control militarily after the end of the war.

The other Western powers, Britain and the United States, have also been reducing troops in Germany since the end of the Cold War and the unification of the country.

Britain and US also pulling out

Britain announced in 2006 that it would reduce its total armed forces in Germany by 2,200 troops by 2009 as part of a "rebalancing" following the end of the Cold War. The British Army still has around 22,000 troops stationed in Germany.

Though 4,400 troops will return to England, Scotland and Northern Ireland, the armed forces will deploy another 2,200 military personnel in support of two armored brigades, for a net reduction of 2,200 troops. 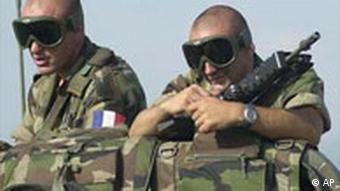 French armored regiments are based in Germany

Germany has also seen a reduction in the number of US troops stationed at bases around the country, also due to a general structural shift in the US army prompted by the fight against terrorism.

Dozens of American units based in Germany have already been inactivated, or moved in the last two years, affecting roughly 7,200 military positions

The US Army wants to redeploy many of the 62,000 troops it has stationed throughout Europe, and plans to reduce that number to around 24, 000 over the next three years.

The German government plans to send 1,000 additional troops to Afghanistan by the end of this year, Defense Minister Franz Josef Jung announced on Tuesday, June 24. The issue is likely to be a political hot potato. (24.06.2008)

Senior politicians on Sunday said Germany should rethink its role in foreign peacekeeping missions as the scandal over soldiers playing with skulls in Afghanistan battered the army's image. (29.10.2006)