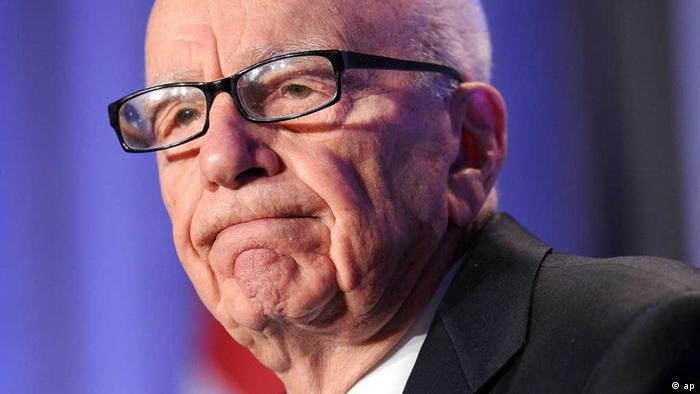 The Walt Disney Company recently held talks with 21st Century Fox about buying up most of the US media giant headed by Rubert Murdoch.

The talks, which have now ended and which were only said to have been at a preliminary stage, were reported by US cable network CNBC after it spoke to insiders involved in the negotiations.

The reported deal would see Disney take over most of Fox, the American multinational mass media corporation which primarily handles Murdoch's film and television concerns, including the 39.14-percent stake in British broadcast giant Sky. News Corp, Murdoch's other media giant, centers on newspapers and publishing.

Were such a deal to take place, it would attract considerable regulatory scrutiny as it would dramatically reshape the global media landscape, bringing together two of the world's largest film and television studios.

Neither Fox nor Disney have so far commented on the reports.

The negotiations are thought to be no longer active — although they may be revived — and Fox is said by media insiders to effectively be up for sale, with several other multimedia giants, such as Amazon and Verizon, likely to be interested in buying at least some of their considerable assets.

Precisely what assets are up for grabs remains to be seen, but the CNBC reports suggest that Murdoch would retain the Fox News divisions — said to be US President Donald Trump's news diet of choice — whilst selling on the 39-percent stake in Sky.

In a further complication, Fox recently bid for a full takeover of the Sky shares it does not own, an £11.7-billion ($15.4- million, €13.3-million) deal that is currently undergoing an extensive regulatory review on various grounds.

The likelihood of a Fox sale can be seen in the context of a dramatically changing media landscape, where growing internet corporations are slowly but surely muscling in on the media and entertainment territory previously thought to be the preserve of a few established behemoths.

Consolidation has been occurring for some time as a result — Fox previously tried to buy Time Warner, with AT&T eventually purchasing the company last year for a whopping $84.5billion. Disney's focus has been on adding smaller players to its stable, such as Lucasfilm, Marvel Studios and Pixar but a purchase of 21st Century Fox would utterly transform its overall footprint.

Fox in the doghouse

The potential sale of large tracts of Fox occurs in what has been a particularly challenging year for the company. The conglomerate — particularly the Fox News Network division — was thrust into an unwelcome spotlight both last summer and this summer when multiple sexual harassment allegations were made against Roger Ailes, at the time the Fox News chairman, and Bill O'Reilly, the network's star presenter.

Both men were swiftly dismissed but the bad news has continued — in Europe at least — for the broadcaster.

Discussing the Fox-Sky situation recently, UK culture secretary Karen Bradley said in the House of Commons that there were "corporate governance failures" at Fox News which required close scrutiny by the UK Competition and Markets Authority, which is looking into any possible Sky takeover.

In a further blow, the media regulator Ofcom announced on Monday that the Fox News programs "Hannity and Tucker Carlson Tonight" breached impartiality rules when broadcast in the UK. Fox News stopped broadcasting its programs in Britain in August, a move it said was related to poor audience figures on this side of the Atlantic.