The German government's ambitious plan to boost renewable forms of energy has received a major blow after energy utility RWE and grid operator Tennet announced they would shelve projects for more windfarms. 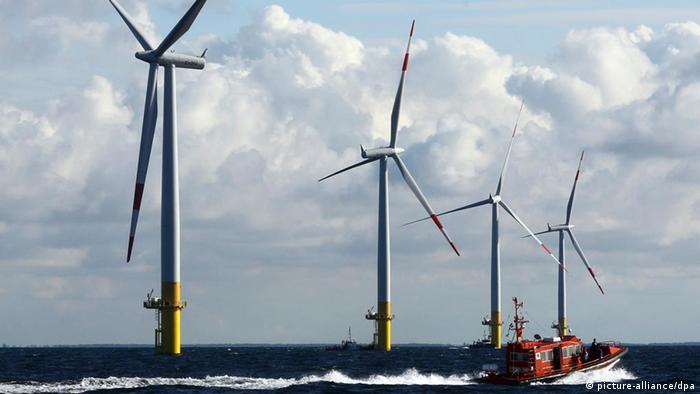 The two companies said they had agreed to halt future windfarm projects because the government had failed to provide "reliable framework conditions" for wind power development.

"We will not make any new public tenders for building windfarms, but will focus on finishing existing projects for the time being," a Tennet spokeswoman told the newspaper "Weser-Kurier" on Thursday.

Bünting added that RWE was not going to develop new windfarms "until these issues have been sorted out."

In a surprise change of its energy policy, the government decided last year to phase out nuclear power by 2020, while at the same time raising the amount of renewable forms of energy from currently 20 percent to 35 percent.

However, there has been mounting criticism from German utilities, complaining that the sharply increased use of renewable energy, notably offshore wind power, has made it impossible to transport the electricity to consumers due to bottlenecks in the national grid.

"Nobody is going to invest in wind power anymore, if grid connection remains unstable," Mike Winkel, head of E.ON's Climate & Renewables unit said in an interview for the "Berliner Zeitung" newspaper. The company's Amrumbank offshore windfarm, for example, currently faces a "delay of 15 months," he added.

Germany's Federal Cartel Office also expressed doubts about current energy policy, saying in a recent report that "several windfarms must be connected every year" in order to meet the governments goal of 35 percent of renewable energy by 2020.

The government has admitted that there are problems, saying that the power grid needed to be completely reconstructed in order to transport electricity from the wind-rich north of Germany to industrial zones in the south. However, grid development, the government said, was often inhibited by public resistance because people were opposed to overhead transmission lines in their neighborhoods.

The Limits of Wind Power