The man who saved more than 1,200 lives during the country's 1994 genocide has been accused by the president of supporting violent opposition groups. The former hotelier said he has not given them any financial aid. 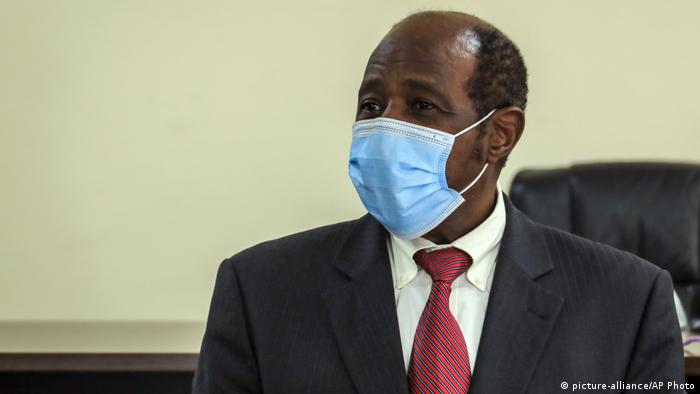 Rwandan President Paul Kagame on Sunday accused the hotel manager Paul Rusesabagina, who saved more than 1,200 lives during the 1994 Rwandan genocide, of being a terrorist leader.

"Rusesabagina heads a group of terrorists that have killed Rwandans. He will have to pay for these crimes," said Kagame during a broadcast on national television. "Rusesabagina has the blood of Rwandans on his hands."

Rusesabagina has been accused of supporting rebel groups in the country and was arrested last week. The Rwanda Investigation Bureau (RIB) said he will face charges of terrorism, financing terrorism, arson, kidnap and murder. He has denied the charges.

Authorities said he supported several groups, including a group of political parties in exile opposed to the Rwandan government known as the MRCD and its armed group, the National Liberation Front (NLF). Rusesabagina has been a vocal Kagame critic, but he has denied financially supporting rebel groups.

Rusesabagina had lived outside of the country since 1996 as a Belgian citizen and US resident, but returned to Rwanda last week. He suggested that he came on his own accord.

Kagame did not believe that he came on his own volition. "What if someone told you that he brought himself — even if he may not have intended it? You will be surprised how he got here. He was not kidnapped or hoodwinked. His coming to Rwanda has more to do with himself than anybody else," Kagame said during Sunday's broadcast.

The US government said it expects the Rwandan government to provide "humane treatment, adhere to the rule of law and provide a fair and transparent legal process" for Rusesabagina.

The Hotel Rwanda Rusesabagina Foundation said the former hotelier has had no consular visits and rejected the government's claim that it had talked to his children about a potential visit. His family said they believed he was "kidnapped" during a trip to Dubai and would have never knowingly boarded a plane to Rwanda's capital Kigali. Kagame has denied that charge.

It is not clear when Rusesabagina will appear in court. The law states that a suspect can be held in detention for 15 days, which is renewable for up to 90 days.

Rusesabagina's actions during the 1994 Rwandan genocide were widely acclaimed throughout the world. He was awarded the US Presidential Medal of Freedom and National Civil Rights Museum Freedom Award.

Actor Don Cheadle, who portrayed Rusesabagina in the film Hotel Rwanda, told AP, "it is my sincere hope that Paul is being treated humanely and fairly, and that a transparent and just legal process designed to reveal the veracity of these charges is advanced in a timely manner."