Yevgeny Yevtushenko was born in Siberia but died in the US state of Oklahoma, where he was a university professor. At the height of his fame, he read poetry in front of tens of thousands inside packed football stadiums. 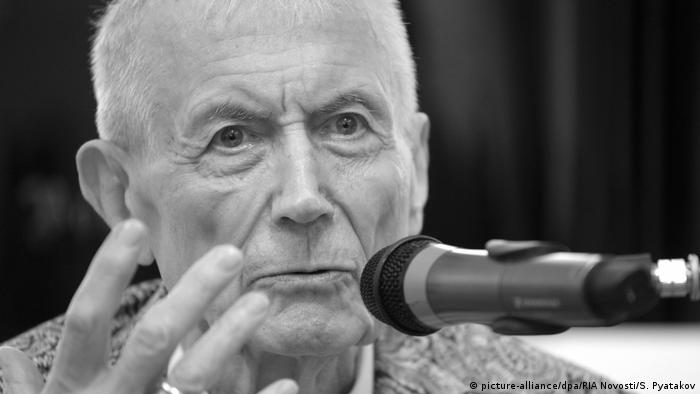 Renowned Russian poet Yevgeny Yevtushenko, who wrote about war-time atrocities, brutal dictators and anti-Semitism, died in Oklahoma on Saturday at the age of 84.

"He died a few minutes ago surrounded by relatives and close friends," his widow, Maria Novikova, was quoted as saying by the Russian state news agency RIA Novosti. She said he died peacefully in his sleep of heart failure.

Yevtushenko first gained attention in the former Soviet Union while in his 20s, writing poetry that denounced Josef Stalin. He shot to international fame as a young revolutionary with "Babi Yar," the unflinching 1961 poem that recalled the slaughter of nearly 34,000 Jews by the Nazis and denounced the anti-Semitism that had spread throughout the Soviet Union.

Until "Babi Yar" was published, the history of the massacre was shrouded in the fog of the Cold War.

"I don't call it political poetry; I call it human rights poetry, the poetry which defends human conscience as the greatest spiritual value," Yevtushenko said during a 2007 interview.

Yevtushenko said he wrote the poem after visiting the site of the massacre in Kyiv, Ukraine, and searching (unsuccessfully) for a memorial of what happened there - a sign, a tombstone, some kind of historical marker - but found nothing.

"I was so shocked," he said. "I was absolutely shocked when I saw it, that people didn't keep a memory about it."

It took him two hours to write the poem that begins, "No monument stands over Babi Yar. A drop sheer as a crude gravestone. I am afraid." 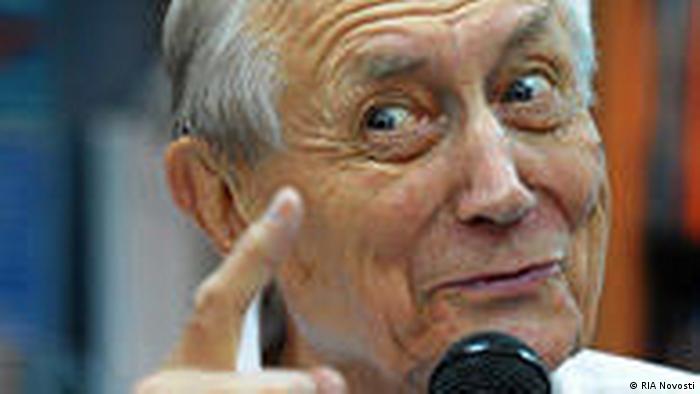 Some considered his poetry risky but others said he was only a showpiece dissident whose public views never went beyond the limits of what officials would permit.

Dissident exile poet Joseph Brodsky was, perhaps, Yevtushenko's harshest critic, saying, "He throws stones only in directions that are officially sanctioned and approved."

Brodsky resigned from the American Academy of Arts and Letters when Yevtushenko was made an honorary member.

But at the height of his fame, Yevtushenko was a proverbial rock star, reading his works in packed soccer stadiums and arenas, including to a crowd of 200,000 in 1991 that came to listen during a failed coup attempt in Russia.

He drew on the passion for poetry that is characteristic of Russia, where poetry is more widely revered than in the West.

With his tall, rangy body, chiseled visage and declaratory style, he was also a compelling presence on stages when reading his works.

University of Tulsa President Robert Donaldson, an academic specializing in Soviet policy, invited Yevtushenko to teach in Tulsa in 1992.

"He's more like a rock star than some sort of bespectacled, quiet poet," Donaldson said.